On September 8, local time, the 47th Canadian Toronto Film Festival officially opened. The previous two Toronto Film Festivals have been affected to varying degrees by the new crown epidemic. As the epidemic eases, this Toronto Film Festival has fully returned to normal. Theaters can be full; audiences don't need to wear masks or show proof of vaccines; the total number of films shown will reach more than 260, greatly exceeding last year's 130.

This year's Toronto Film Festival, the audience is also expected to be around 500,000, mainly from ordinary movie fans from Canada and the United States. Therefore, in a sense, whether a new film—especially a small-budget independent film, a literary film, or a genre film aimed at a specific fan base—has any box-office potential, and will it attract ordinary audiences? Should we invest money to do a good job of publicizing it, should we launch it on a large scale for a full release in the North American market? Instead of watching how many minutes it got a standing ovation at the Venice Film Festival, it's better to see what happened when it was shown in Toronto. Is it full. 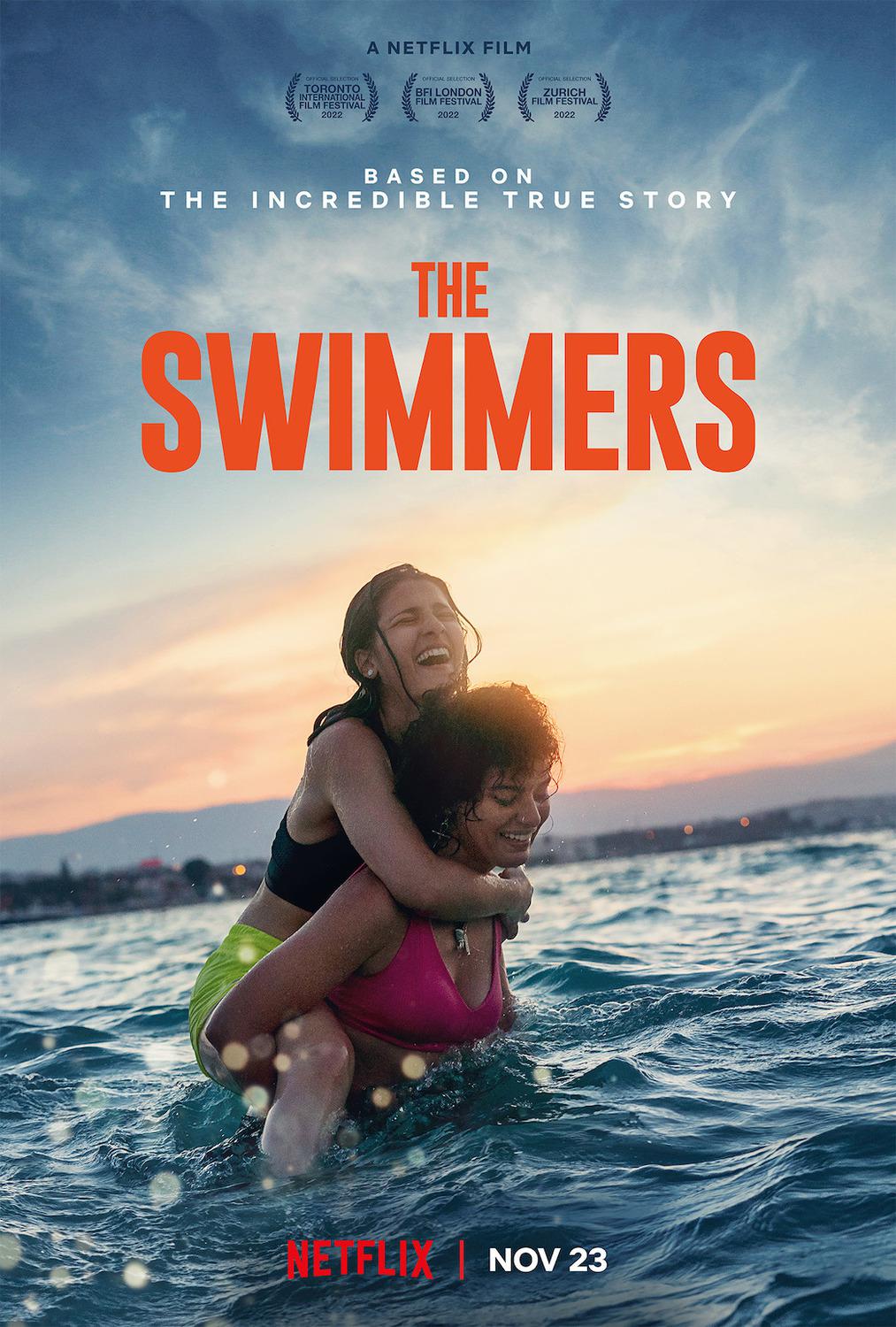 Poster of the opening film "Swimming and Dancing Sisters"

This year's Toronto Film Festival continued the electronic ticketing system that was implemented last year, and still no longer provides paper tickets. As a result, the opening film "Swimmers" encountered the problem of the ticketing website being down. According to local media reports, many spectators who bought tickets were unable to swipe out the e-tickets they had booked after the film had already started, causing a lot of complaints.

More controversial events followed. Austrian director Ulrich Seidl's new film "Sparta" was originally invited to participate in the "Contemporary Global Cinema" section, which also includes Chinese films "Hotel" and "Into the Dust" . Unexpectedly, just a few hours before the screening on September 9, "Sparta" was suddenly announced by the film festival to cancel the screening, because the German "Der Spiegel" published a news investigation on September 2, Condemns the abuse of minors during the filming of Sparta. Ulrich Seidl, who will celebrate his 70th birthday in a few months, can be said to be the most globally recognized film director in Austrian cinema after Michael Haneke. As early as 2001, he won the Grand Jury Prize at the Venice Film Festival with his feature-length feature film "Dog Days", and his subsequent works such as "Import and Export", "Paradise Trilogy" and "Rimini" were also shortlisted in Europe. The main competition unit of the three major film festivals.

Ulrich Seidel focuses on the combination of fictional plots and documentary shooting methods in the film technique, while the subject matter of the film focuses more on the dark, morbid, distorted and depraved side of human nature, as well as the ruthless criticism of the entire Western capitalist society. In terms of topicality and controversy, Seidel is actually no weaker than his compatriot Haneke, but his overall style is more experimental film, so that even mainstream art film audiences often miss his works.

The same is true for the new film "Sparta" this time. The protagonist Ewad, played by Georg Friedrich, the best actor winner at the 2017 Berlin Film Festival, is a young boy living in Romania. The Austrian in the town, on the surface, he seems to be diligently guiding a group of children to exercise judo, but in private he has a pedophile tendency, which gradually makes the parents in the town suspicious. "Sparta" was filmed in a small town in northern Romania in the spring and summer of 2019, and a number of young actors ranging from nine to sixteen were selected from the local area to participate in the filming. They basically have no experience in film and television performances. A non-professional actor in the standard sense. 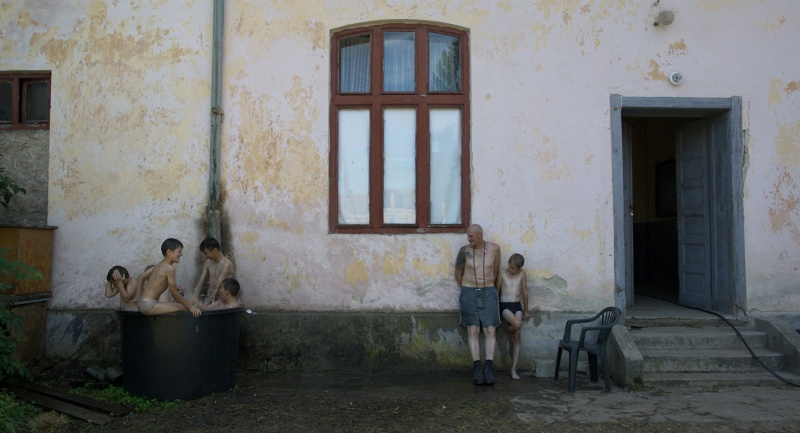 According to Der Spiegel, the reporter spent half a year visiting dozens of parties, including crew members, seven young Romanian actors, and many parents, and learned that most of these children and parents did not know about the incident during the filming process. The film involves a pedophile theme, and the two teachers who are responsible for escorting on the set are often refused entry to the shooting site. Many things not seen in the script are that the director improvises the shooting of the young actors, and even secretly shoots without their knowledge. behavior occurs.

Specifically, a young boy who was only ten years old at the time recalled that he was once asked to perform such a scene: not only did he need to drink, but he also needed to be touched by two drunk men, which made him unable to help but be too big. Crying is nausea and vomiting. It is said that there is an alcoholic father in the life of the little boy who often beats and kicks him. The reason why the director chose him to play this scene is because he knew his real life background beforehand. I think this will give a more realistic performance. But on the other hand, as mentioned above, viewers who are familiar with Ulrich Seidel's works know that he is very fond of this true and false creation method. Only this time involving minors, the situation is naturally different.

In the film industry, it has always been said that children's plays and animal plays are the most difficult to make. Minors are immature mentally and physically. In addition, these Romanian boys are not professional actors, so they don't know anything about making movies. Therefore, there was a situation in the "Sparta" crew where a boy was unwilling to cooperate with removing his shirt, and the assistant director forced him to act; there was a situation where a boy was asked to shower naked with the male protagonist without any preparation; there was a situation as early as 2019 In 2018, the boy's parents reported to the local police and asked to intervene in the investigation (but after several months of investigation, it was concluded that the evidence was insufficient and the case was not filed).

Regarding the allegations made by Der Spiegel, director Ulrich Seidl wrote on his personal website: "All this is pure nonsense, full of rumors and exaggerations... I have the greatest respect for these actors. , and will never make a decision that may harm their physical and mental health.” According to him, he explained the general plot and the ambiguous personality of the male protagonist in detail to these parents through a Romanian translator in advance, and the minors during the filming process There is always someone watching over you.

What dissatisfied the director the most was the fact that the reporter of Der Spiegel had made accusations against him before he had seen the film. Ulisse Seidl swears that there will be no nudity or sex scenes involving children in the film, let alone scenes that directly show pedophilia. "These were never my purpose for making this film, so there were no shots like this at all. Throughout the shooting process, we never stepped on the red line of morality and ethics." Ulrich Seidl wrote, "In the late summer of 2019, shortly after the filming was completed, I made a special trip to visit these young actors and their parents, and none of them complained or criticized. I believe that after everyone has seen the film with their own eyes, these come from non-parties. The groundless accusations will soon vanish."

With the killer of the Toronto Film Festival, the audience can no longer make judgments after watching "Sparta" by themselves. In fact, Der Spiegel's allegations and director Seidel's self-defense are actually aimed at two issues. The former talks about professional conduct and ethics during the filming process, while the latter focuses on the results of the filming. Even if there is no scene of harming minors in the finished film, it does not mean that these minors have indeed received due protection during the filming process. Whether he was harmed or not, only the evidence and testimony provided by the parties themselves are the most convincing. After the "Der Spiegel" article fermented, the local Romanian police have announced to restart the investigation. I am afraid there will be an answer sooner or later as to what the facts are.

On September 18, as one of the competition films at this year's San Sebastian Film Festival in Spain, "Sparta" will also arrange five screenings. As of the time of publication, San Sebastian has not announced the cancellation of the screening of the film, and the explanation given by the organizer is very similar to the reason why the head of the Venice Film Festival, Barbera, gave the green light to Kim Ki-duk's "God's Call". . "Whether the filming process is legal or not, and whether or not someone broke the law during filming, is not up to a film festival like us to judge." San Sebastian Film Festival President Jose Luis Rebertinos (Jose Luis Rebordinos) said, "We will not cancel the screening of any film unless we receive a court order."