After the official lineup of Netflix's Korean drama "Suriname" (also known as "Saints of Narcotics") was officially announced, it was listed as one of the most anticipated dramas of the year by many people, because the cast was too gorgeous and assembled a lot of people. The young male gods include Ha Zhengyu, Huang Zhengmin, Park Haexiu, Liu Yanxi from South Korea, and Zhang Zhen from Taiwan, China. Director Yoon Zhongbin's previous "Iron Rain" and "War on Crime: The Heyday of Bad Guys" are also well-known masterpieces. Coupled with the fact that the wealthy Netflix has provided a large amount of production funds, and it is also a gimmicky drug lord theme, it seems that there is no reason to go to the street. 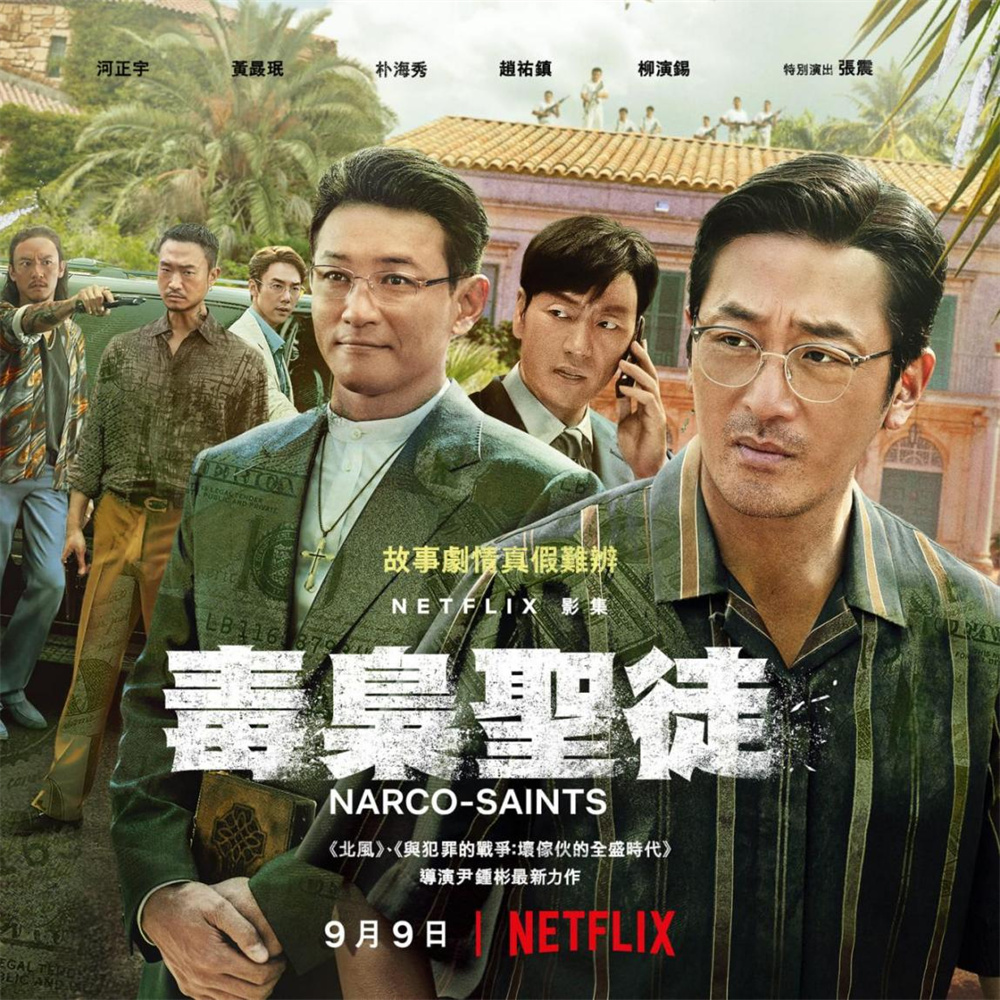 As a result, Suriname was a disappointment. To say it sucks, it's not that bad. The whole process is mainly shot in Dominica, which is full of exotic flavors. The art setting will not be ambiguous, and the various lens designs have a strong texture. Supported by a group of powerful factions, even if it is a plot that leaks everywhere, they can act like that.

The core problem of "Suriname" is that it is too old and too bland, and in order to cater to Netflix's global narrative, it has lost the unique charm of Korean dramas based on the local cultural context. This is a serious side effect brought to Korean dramas after the close combination of online dramas and Korean dramas.

The story is about a South Korean entrepreneur Kang In-joo (played by Ha Jung-woo), a businessman in Suriname (Note: a South American country), who risked his life to become an undercover agent of the National Intelligence Agency of South Korea to assist the National Intelligence Agency in arresting the big drug lord Jeon Yeo Hwan (played by Hwang Jung-min). 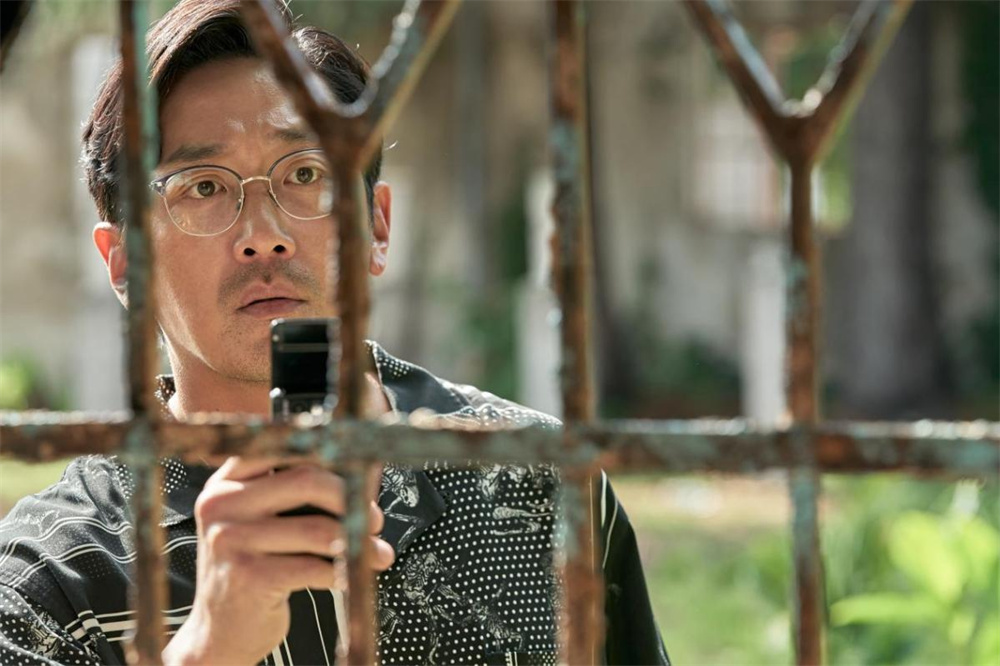 The story of South American countries and drug lords is reminiscent of "Narcos". Compared with "Narcotics", almost everyone in the "Suriname" drug lord group, whether it is Quan Yaohuan, a drug lord selling cocaine, or another Chinese drug lord who sells methamphetamine in Suriname, Chen Zhen (played by Zhang Zhen), are all narcotics. Like "Silly White Sweet". Under the eyes of Quan Yaohuan, Jiang Renjiu was clearly engaged in undercover operations; in the face of Jiang Renjiu's various tricks, they were repeatedly deceived... Many plots could not stand scrutiny, and they could not see the complexity of the big drug lord's personality. Jeon Yeo-hwan (played by Hwang Jung-min), a drug lord dressed as a missionary

Zhang Zhen has a lot of roles in the play. However, Chen Zhen in the play will only fight ruthlessly without thinking, and he can't see any shrewdness and scheming. In the end, he was shot down by someone. No matter how high his looks, he still feels "so stupid". 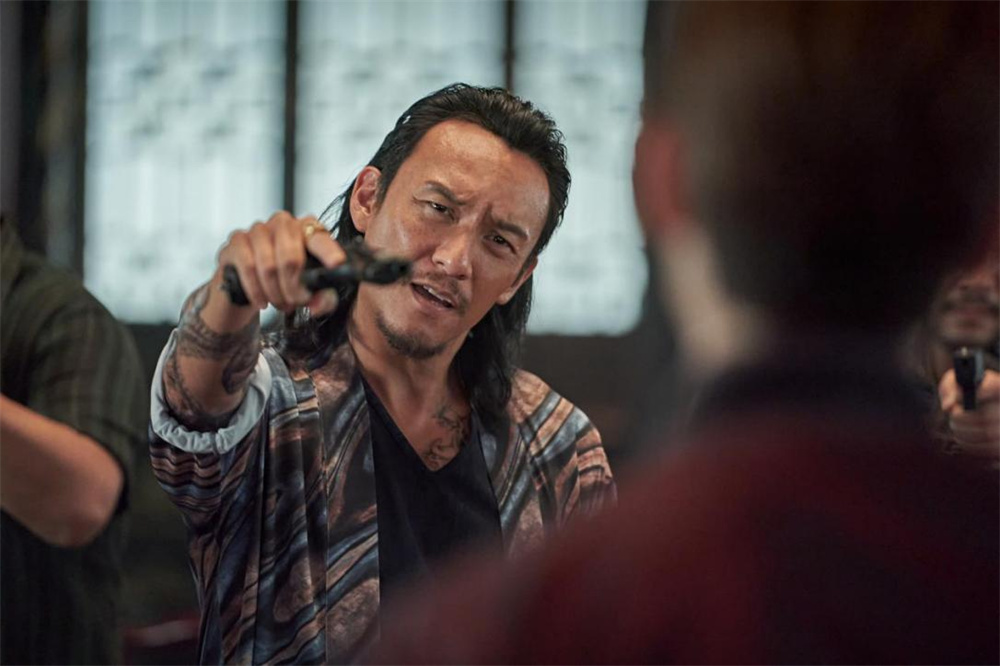 The undercover element in the play originally had considerable room for imagination and operation. If it were made into a story of "Infernal Affairs" or "New World", it would be wonderful. "Suriname" uses the one that is simple, childish, unimaginative, and not difficult.

The undercover Jiang Renjiu, whose motives were not clear enough, hardly hesitated, and he didn't even have any anxiety about his identity. People from the South Korean National Intelligence Agency are more "positive energy" than the higher-level agencies in the domestic theme. For a while, "we should pay more attention to your (referring to the undercover) safety", for a while "the National Intelligence Agency cannot conduct official assassination operations", and for a while facing the The drug dealer said, "Do you know how badly the country's image has been smeared because of you?" I almost misunderstood that this was a propaganda film of the National Intelligence Agency of South Korea. The ending is a very vulgar reunion - the good guys are gone, the bad guys are brought to justice, and there is no room for aftertaste.

Korean dramas are no longer "self-defeating"

In fact, Netflix has already made several blockbusters in South Korea. Taking the recent example as an example, from "The Banknote House" to Liu Yaren's "Seoul Battle", and this time to "Suriname", all of them are big productions + big lineups, and they all hit the squibs. In fact, they jointly reveal a dangerous sign - Netflix, which is not worried about money, seems to be causing Korean dramas to fall into a "resource curse".

The "resource curse" in economics refers to the fact that countries or regions with abundant natural resources, due to their over-reliance on natural resources, their economic systems are prone to lose the impetus for reform and innovation, leading to economic mediocrity. As far as Korean dramas are concerned, when they have the support of Netflix, when Korean dramas have more money, more projects, and a more gorgeous lineup, their creations are gradually Netflix-oriented and algorithm-oriented, but they have not been able to achieve success. The polishing of the script and the excavation and development of local characteristics have given more energy.

Why does "Suriname" have such a father-son continuation of the beginning? In fact, this is a popular narrative in South Korea, that is, "the unity of the family and the country", reflecting the changes of the times with the fate of the individual, and taking the individual as the future of the family means that they are not only the family, but also the "backbone of the country"—— These men take up the responsibility of the family and the responsibility of the country. South Korea also has masterpieces in this narrative, such as the film "International Market" starring Hwang Jung-min.

Obviously, the father's prequel at the beginning of "Suriname" is to highlight this sense of responsibility passed down from generation to generation. The rare Korean scenes in the play are all on the relationship between Jiang Renjiu and his family - he is a good husband and a good father, he struggles for the happiness of this family and for this country. 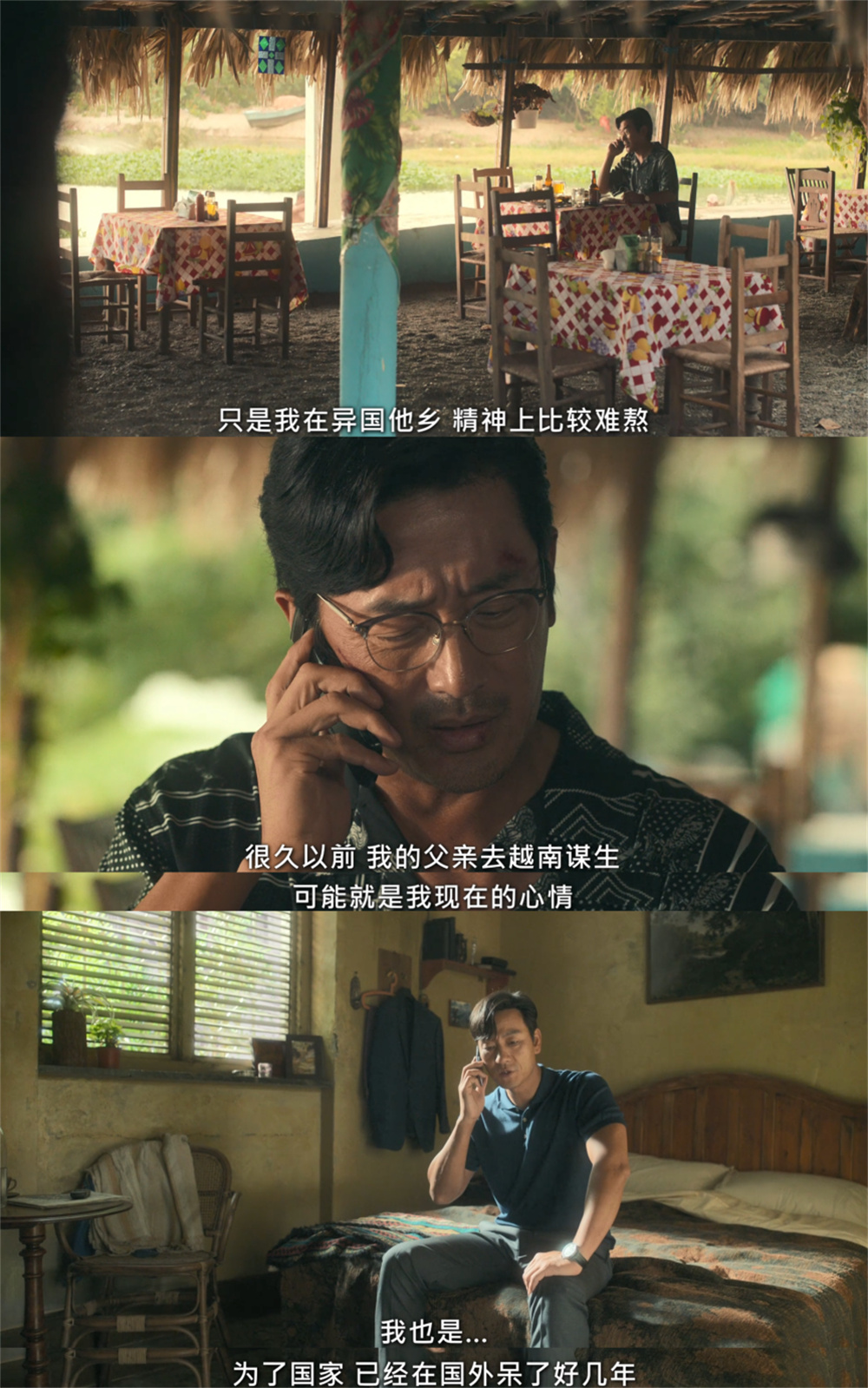 The creator tries to have a grander expression

The embarrassing thing is that "Suriname" has no way to show the profound interaction between the individual and the family, the individual and the historical changes, and the rise and fall of the individual and the country like "International Market"; A rigid embodiment of conservative values, that is, men work hard outside, men love their families, men take risks for the family, women stay at home and take good care of their families and children, and the family finally lives happily in the middle class. This has become Jiang Renjiu's core undercover motivation, which is as boring as middle-class life, but Netflix's global audience can understand it.

Another specialty of Korean creators is political metaphor and political criticism, which is how director Yoon Jongbin himself started. "Suriname" seems very simple, but it has infinitely open narrative space, and many branches extend out, which can make Korean creators black and black. For example, big drug lords are selling drugs in the form of cults in South Korea. Wouldn't it be exciting to break up the Korean cults and talk about them? There are too many works criticizing public officials in South Korea. If the head of the National Intelligence Agency, Choi Chang-ho (played by Park Hae-soo), or the senior undercover agent of the National Intelligence Agency, Byun Kit-tae (played by Jo Woo-jin), is blackened, this undercover drama can make people extremely human. complex……

But "Suriname" has since abolished martial arts, it has erased these possibilities. Talking about religion, the global broadcast is too sensitive; too self-deprecating, it seems to damage the image of South Korea; even the relationship between South Korea and the United States has to be carefully expressed, so as not to damage the image of the United States, nor let South Korea be low in the dust inside. In short, under various considerations, "Suriname" has become a work that is unimpeded in the world and promotes "positive energy". No one will be offended, and the end will be uneventful, and there will be no drama.

Capital is a good thing, but if it is not used properly, it will become a "curse". Domestic audiences who have experienced the IP and traffic boom are no strangers to this. Both Netflix and Korean dramas need more calmness and diving, otherwise they may only make more mediocre dramas by putting together a more gorgeous lineup and spending more money.