There were still no super blockbusters in the North American film market last weekend, so the market was still quite bleak. However, the quality of the low-cost new films released is not bad, and the audience who have a little requirement for the comprehensive level of the film finally have a lot of choices.

Of all the new films, the most expensive to invest in is the costume epic "The Woman King" released by Sony Pictures. The film cost 50 million US dollars, and the protagonist is the female leader of the famous Dahomey kingdom in African history. The Kingdom of Dahomey was founded by the Fon people in Africa. Before it was annexed by the French colonists in 1894, it had a glorious history of more than 300 years in what is now Benin, West Africa. According to historical records, the kingdom of Dahomey had a pure female combat force that was brave and good at fighting, and was dubbed the title of Amazonian female warrior by European visitors (the Amazon family originated from ancient Greek legends and was famous for the "Homer Epic"). With the destruction of the Dahomey Kingdom in 1894, the women's team also announced its disbandment. The last member died in 1979, and the entire Dahomey Amazon became history. 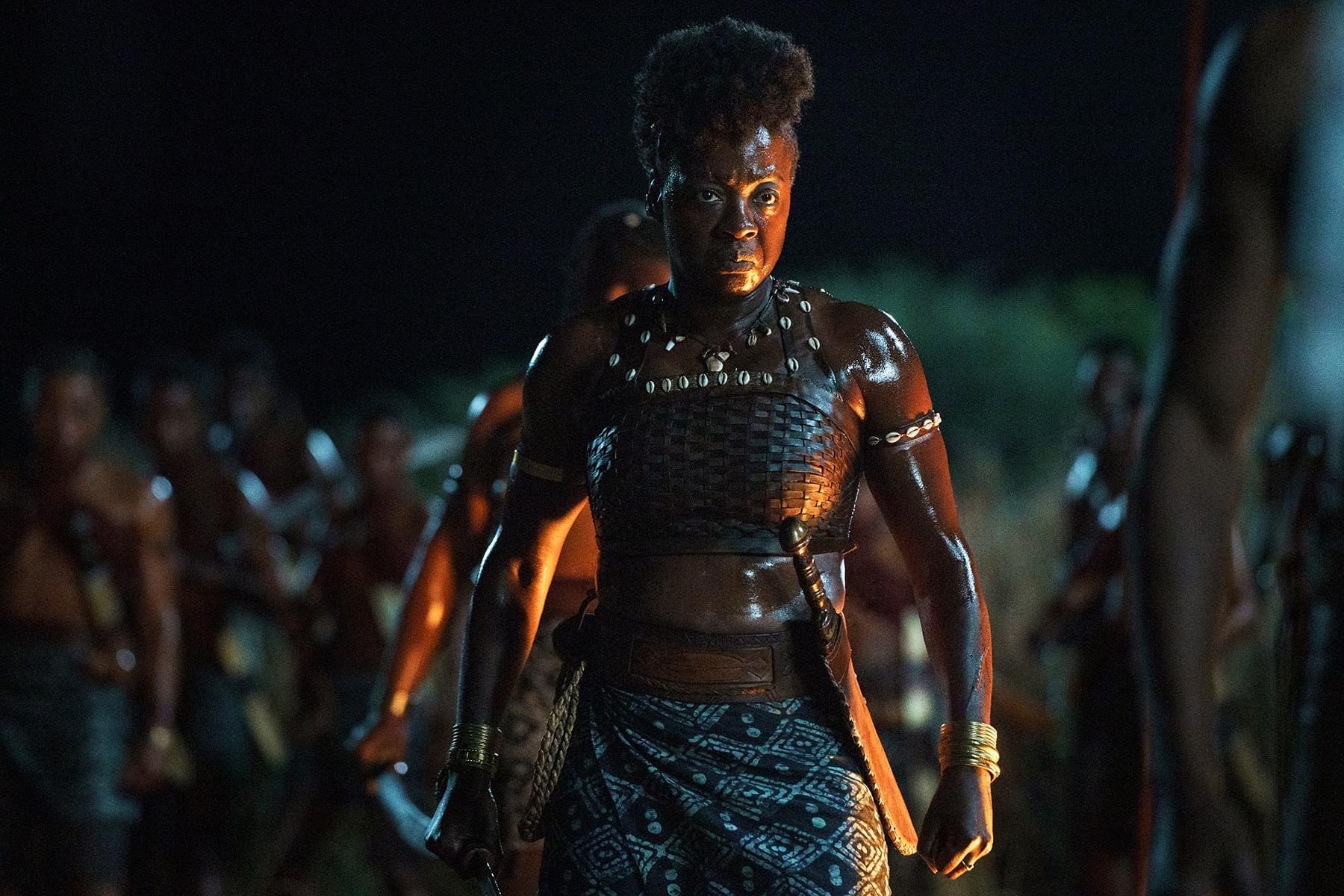 Stills of "Beauty Warrior of Daho"

In recent years, as female subjects and attention to African history have become more popular, the image of the Dahomey Amazon has increasingly appeared in literary and artistic works. For example, in the Marvel movie "Black Panther", the female praetorian guards who are inseparable from the protagonist are based on the Dahomey Amazon, and this time "Dahomey Warriors" directly uses them as the protagonists, telling the story of General Naniska, played by Viola Davis, is responsible for training the female soldiers to protect the king and fight the enemy.

The film's story was inspired by a trip to Benin by Hollywood actor Maria Bello. After learning about the history of the local women's team, she was determined to put it on the screen, but it was difficult to raise funds, and she also experienced several years of unremitting efforts. The screenplay was co-written by her and Dana Stevens, and directed by Gina Prince-Bythewood, a purely female creative team. Prince Byswood's previous fantasy action flick "The Old Guard" had a lot of fun, but at least the fight scenes were sincere. And this time, "Daho Beauty Warrior" also has a lot of fighting scenes, and it adds a lot to the film as a whole. According to some film critics, it can be regarded as the vigorous momentum of shooting epic blockbusters in ancient costumes such as "Braveheart" and "Gladiator".

However, before the release of "Dahomey Woman Warrior", there was also a hot topic (#BoycottWomanKing) boycotting the film on social media, because the historical Dahomey Kingdom had participated in the slave trade and sent a large number of prisoners of war from other countries. And the poor sold to Western slave traders in exchange for arms and civilian materials. Los Angeles lawyer Antonio Moore wrote on his social media account: "It's time to boycott this "Dahomey Warrior", which is about the kingdom of Dahomey and Benin, which used to sell slaves. Call it the most offensive movie of the past 40 or 50 years to black Americans."

However, on the other hand, some viewers who have watched the film in advance at the Toronto Film Festival urge everyone not to copy what others say, because the film actually made a very targeted criticism and condemnation of the history of the slave trade in that year, which did not exist at all. The issue of whitewashing black history and beautifying evil. The director himself also said in an interview with the media, "I understood this truth a long time ago: it is impossible to win a battle of words on Twitter. But I believe that as long as everyone has watched the movie, , all of these controversies will quickly dissipate.”

In the end, "Beautiful Warrior of Daho" was released in 3,765 theaters over the weekend and earned $19 million at the opening box office. For such a purely original drama, the results can be said to be quite good. In addition to the box office, the reputation of this new work is even more amazing. It currently has a 95% positive rating from critics and a 99% positive rating from audiences on Rotten Tomatoes. Among the North American audiences on the weekend, middle-aged and elderly black women made up the largest majority, and most of them recognized the film's shooting standards. According to the statistics of the polling agency, "Beautiful Warrior of Daho" is another new film that has received an A+ rating since the release of "Top Gun 2" in May. Maybe in the next awards season, "Dahomey Beauty Warrior" can still do something.

In addition to "Daho Beauty Warrior", the new film released over the weekend is the gory horror film "Pearl" from A24. The film, written and directed by Ti West, is a prequel to his "X" which was released in March this year. The original "X" was a devout tribute to the 1974 classic horror film "Texas Chainsaw Massacre", which was unanimously recognized by genre fans, but the total North American box office was only $11.8 million, and the overseas box office was only $2.7 million. 'Pearl' has an 87% review rating on Rotten Tomatoes

The "Pearl" released today is about the past and present life of the villain in "X". The background of the era is set in 1918, but the shooting work actually started immediately after "X" was completed, and the It is said that there will be a third film. However, "Pearl" opened in 2,935 theaters over three days over the weekend and only received $3.12 million at the opening box office. Looking at the 87% praise rate of film critics on "Rotten Tomatoes", this result is a bit unfortunate; but compared with the $4.3 million opening box office of "X" which was released in 2,865 theaters in March this year, it is basically the same. And because of the two-film set, the production cost of "Pearl" is only $1 million, which will definitely not make A24 lose money.

In addition, the suspenseful mystery film "See How They Run" co-produced by the United Kingdom and the United States was also released in 2,404 theaters in North America over the weekend, earning $3.11 million at the box office, and the results were not ideal. The cast of "Look How They Get Away" is quite strong, including Sam Rockwell, Saoirse Ronan, Adrien Brody, David Oyelowo, etc. The director is a BBC drama series Started Tom George.

In fact, this new work, which follows the story line of Agatha Christie's detective case, has a good evaluation in itself, and the audience's word-of-mouth response after watching it is not bad, but its distributor in the United States, Searchlight Pictures, has a general positioning and marketing. The offensive failed to do much. Another big reason for the suboptimal box office may be that today’s audiences are more accustomed to watching such speculative films on streaming media at home, rather than making a special trip to the cinema.