The reputation of "Little Ladies" has experienced a roller coaster ups and downs. Before the broadcast of the drama, the audience's expectations were full. It was adapted from "Little Women" (in fact, the drama has nothing to do with the novel). "The Determination"), directed by Kim Hee-won, a female director who has risen to fame in recent years ("Flower of Money" and "Vincenzo"), assembled powerful actresses of different ages such as Kim Go-eun, Nam Ji-hyun, Park Chi-ho, Yan Zhi-won. Although Korean dramas have been very female-oriented in recent years, works like "Little Ladies" that are dominated by female workers and tell women's stories are still quite rare. 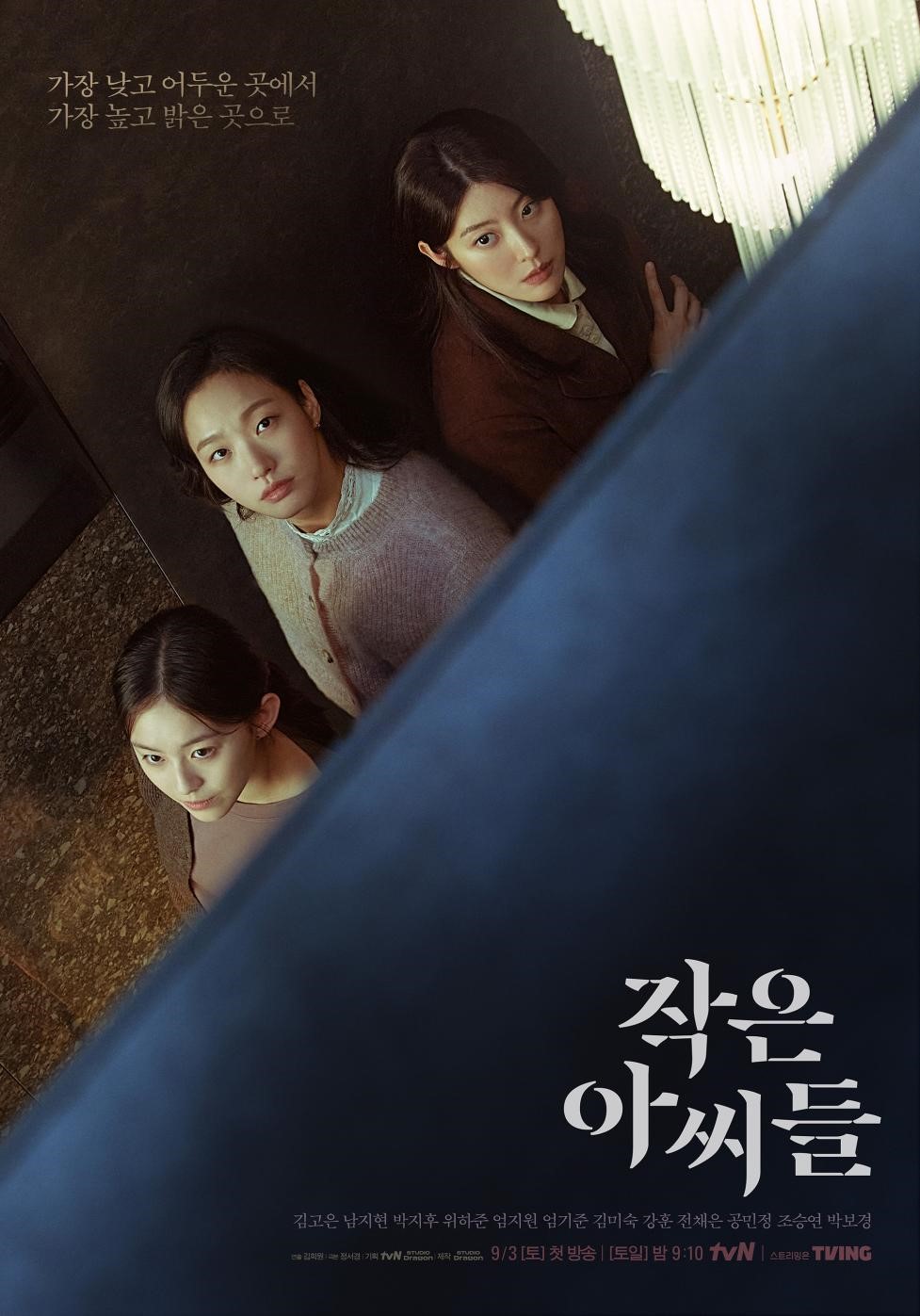 The ratings in the first week of the series were dazzling and received a lot of praise; after the third and fourth episodes were broadcast, the negative reviews on Douban increased to the naked eye; as the plot progressed in the third week, word of mouth improved again, but many viewers were not impressed with the three episodes. The sisters' evaluation has not changed, but they are still puzzled: why are the three heroines portrayed so "disgusting"?

"Little Ladies" is still the chaebol drama favored by Korean dramas in recent years. Frankly speaking, for viewers who are familiar with Korean dramas and Korean movies, the chaebol theme is really "hemp", and Korean creators have almost dug this theme into the ground. It is too difficult to make a masterpiece with both form and content like "Parasite". Most creators can only work hard on the popularity and curiosity - changing the tricks to let the audience appreciate the extravagance of the chaebol life and spy on the spiritual world of the chaebol distortion and metamorphosis. The ratings have proven time and time again that the audience buys it.

Screenwriter Zheng Ruijing's portrayal of the chaebol world does not reflect her creativity as a screenwriter. With director Kim Hee-won's pursuit of aesthetic form, the drama takes the scenes of the chaebol's life very artistically; the red high heels and blue orchids are used as MacGuffin in the drama, which is an image that is keen to play in Korean dramas, and it is not too novel; Yan Jijun, who played the villain in "The Top Floor", and Park Jae-sang, a profit-seeking careerist in "Little Ladies", are already templated, and reversal is unlikely (screenwriters are welcome); the audience can Pay more attention to Park Jae-sang's wife - Won Sang Ah, played by Yan Zhiyuan. She is the second generation of real politicians. She and Park Jae-sang are on the surface of their marriage. It's the big boss behind the scenes. 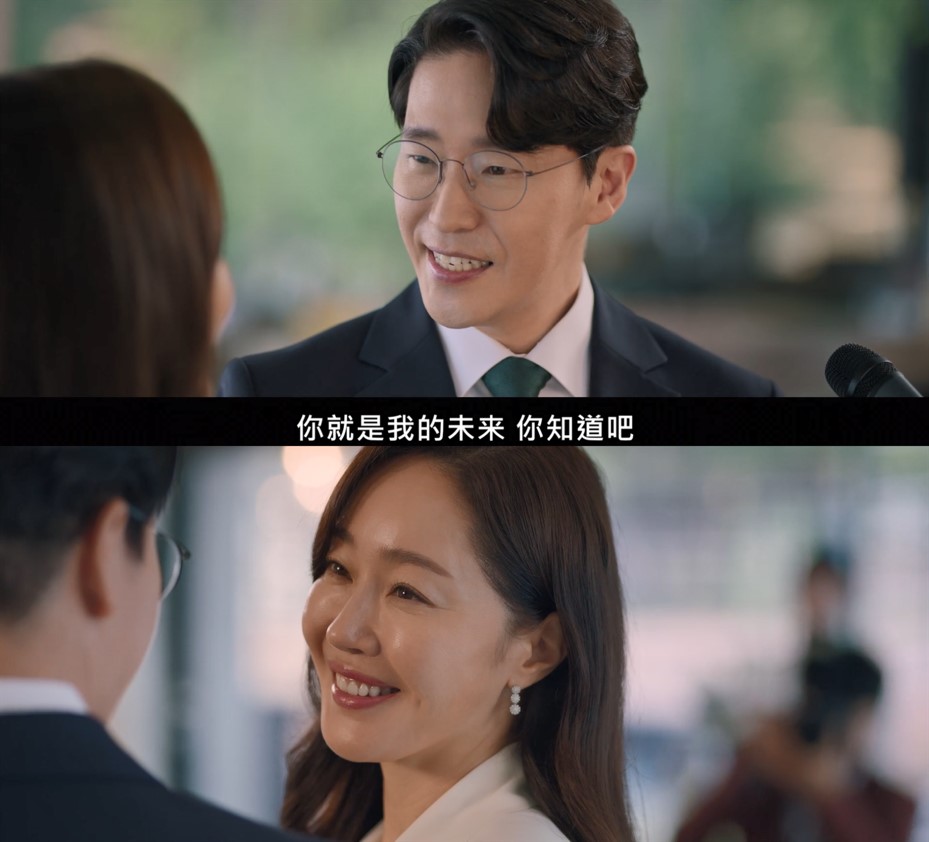 Every time a blue orchid appears, someone dies

What really embodies Zheng Ruijing's intention is the portrayal of the three sisters. The screenwriter focuses on the situation after the three sisters were accidentally involved in the chaebol struggle.

As a female group portrait drama, the way of writing to please the audience is either to portray the three sisters perfectly, more highlighting "girls help girls"; In "Miss", the three sisters competed one by one, and everyone was not a good person, fighting against an imperfect world.

But Little Ladies doesn't use either strategy. Zheng Ruijing took the risk of portraying the three sisters as "ordinary people", even though they still have various golden fingers blessings (such as the eldest sister got a windfall, the second sister has a childhood sweetheart and a handsome friend), but their personality, cognition , Judgment, is the ordinary level of ordinary people. Naturally, you can hardly expect an ordinary person to shine with such dazzling humanity. When faced with temptations and choices, some of the three sisters' decisions can't help but appear clumsy, rigid or selfish.

The eldest sister has the earliest record and the most experiences. She feels the importance of money more strongly, thinking that with money, she can protect her sister, and she wants to live with her sisters in an apartment with beautiful windows. It's just that, rather than relying on herself (and she knows that it is unlikely that she will become a rich person alone), she prefers to rely on a man, and she has also experienced a deceived marriage. Later, facing the 2 billion won (equivalent to 10 million yuan) left by her colleague and friend Chen Huaying (played by Choo Ja Hyun), although she knew that the money was strange (Chen Huaying still "died" in front of her), she was moved.

The eldest sister belongs to the poor and afraid of people, unable to resist the temptation of men and money, it is easy to lose wisdom, loss of judgment and sense of proportion. This made some of her performances feel like a "silly big sister", and the audience had to worry about her.

The second sister has the character of a traditional Korean drama heroine, that is, as a reporter, she is not a powerful person, and she is persistent in exploring the truth. Knowing that the eldest sister had obtained "ill-gotten gains", she objected to the eldest sister's appropriation, because her own job was to "report on corruption, theft and fraud", and she did not allow herself to be in cahoots with the eldest sister.

However, her idealism is often vulnerable in the face of reality - which makes her suffer from alcohol dependence, and she needs to use alcohol to cheer up or escape. In the eyes of some viewers, the second sister's "Virgin" was out of place, impulsive and ungrounded, and her ideal was protected, but she did not care about the sister's situation.

The "reporter's soul" of the second sister, Oh In Kyung (played by Nam Ji Hyun), always thinks about her news investigation

The third sister, who has a talent for painting, has always been loved by her two older sisters, but her personality is selfish and cold. She knew that the two sisters loved her very much, but she also realized that they couldn't help her much; she wanted to escape from this family, even if it was a small follower of a powerful classmate, it was better than staying at the bottom of the dark.

As soon as the plot aired in the second week, the personalities of the three sisters unfolded, and many viewers shouted that "Little Ladies" went "low" so quickly? Audiences who have watched a lot of inspirational or dark dramas have found it difficult to accept relatively realistic characterizations.

But compared to the coolness and character charm, Zheng Ruijing is more concerned about the presentation of "real" - women are imperfect, especially in an unequal society, women in a disadvantaged position are more likely to be imperfect. Due to serious deficiencies in family, tutoring, school, community, etc., the poor are more likely to be trapped in a certain "poor people's thinking", and they are also "congenitally deficient" in terms of concept, vision, character, and courage. To say so, of course, is not to belittle the weak, but to call for fairness and social relief for the weak.

"Parasite" said that the poor have "smell", and "Little Ladies" expressed the same meaning. There is such a dialogue in the play:

"Is your family poor?"

"Because you are too forgiving."

This cruelty is reflected in the three sisters of "Little Ladies". They have character "defects" from their family and origin, like a lingering "smell". 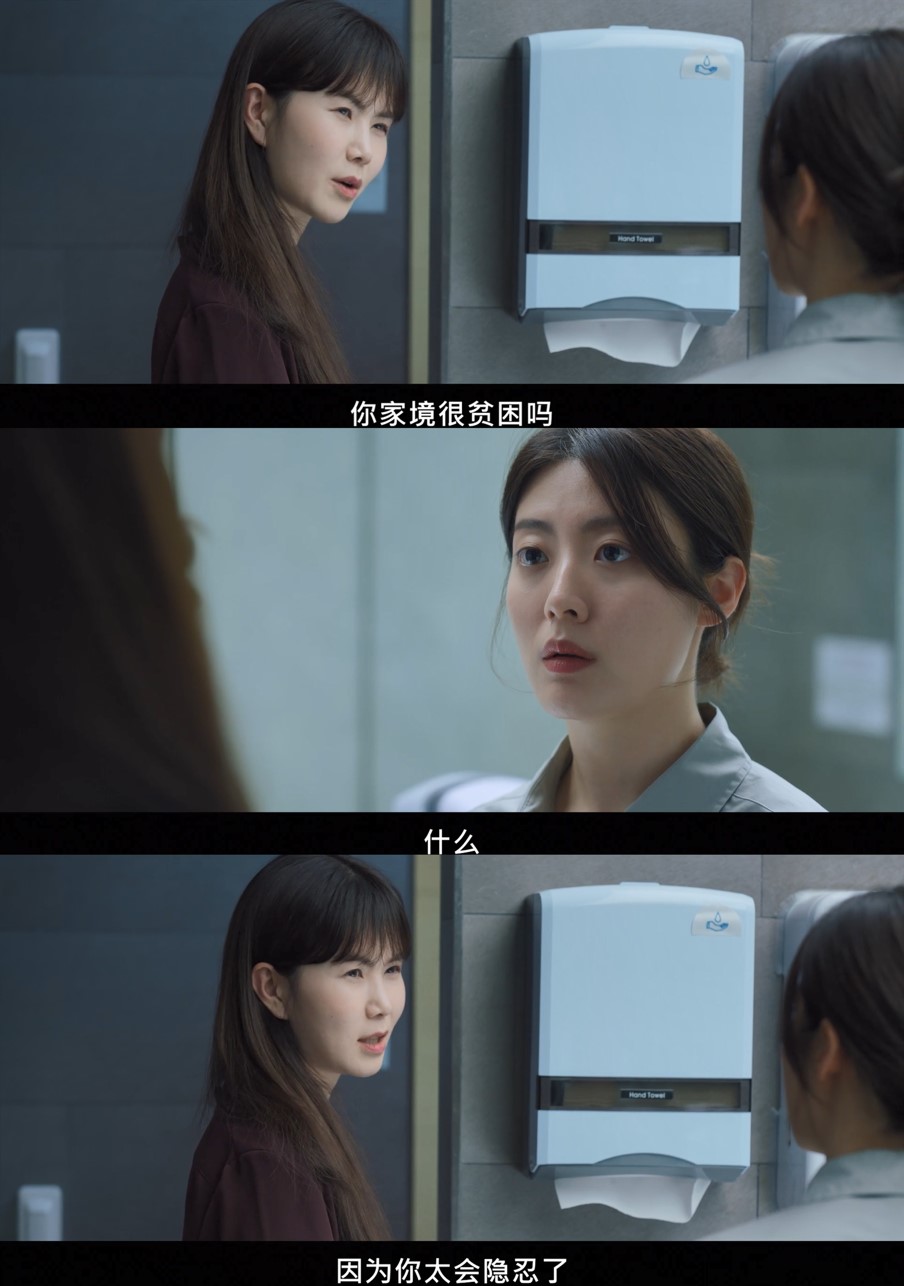 The "smell" of the poor

From this perspective, the "ordinary" of the three sisters is not only to remove the "burden" for the shaping of women's images - "perfect" is actually a discipline and demanding of women, and the audience's scolding of imperfect women just reflects the The depth of this discipline also means that the characters have room for growth. Under the temptation of 70 billion won, how they choose is intriguing.

It should be admitted that compared to the length of the movie, Zheng Ruijing is not comfortable enough in handling the rhythm of the episodes. For example, Park Jae-sang and Won Sang-ah entered a little late, and sometimes the rhythm was fast (such as the first and third weeks). plot), sometimes slightly dull (such as the plot in the second week); there are also vulgar places in the setting of character relationships, such as the emotional lines of the eldest sister and the second sister; the imagination of the chaebol infighting is also slightly lacking, and everyone has an IQ It's not very good, it's too easy to "die" one by one...

But no matter what you say, it's not necessary to scold the three sisters. They have the cowardice of ordinary people, but also the cuteness and respect of ordinary people. The eldest sister loves her sister. She is so devoted to money and wants to bring down the bad guys first; the second sister is so stubborn, but every compromise she makes is out of love for her sister; the third sister seems cold-blooded, but in fact she is the third sister. The calmest and most rational one among them has a clearer judgment... What is certain is that sisterhood is their mutual weakness and armor, and their love will not be overwhelmed.

The answer is blowing in the wind

We always think that we are the wise men of this world, the exceptions to all the misfortunes. In fact, in the situation where people are swordsmen and I am fish and meat, we are so ordinary, and our choices are not necessarily wiser and more skillful than the three sisters. Imperfect, they fight and are still loved despite their panic, which reflects the kindness of their creators.