Film and television dramas and programs are easy for audiences to accept and recognize because of their figurative audio-visual language and popular expressions, and they have become an important means of party history learning and education. In recent years, with the in-depth development of party history learning and education, creators seem to have heard a call and have devoted themselves to the creation of party history themes. From the movies "1921" and "Above the Cliff", to the TV series "Age of Awakening" and "Mountains and Seas", to the TV program "Party History in Art Classics" and the documentary "Mountains and Rivers Years", these film and television masterpieces have aroused strong emotions among the audience. repercussions. Some episodes entered the primary and secondary school exam papers, some characters appeared in the company interview questions, some clips became the courseware of the party class, and some topics became the focus of public discussion. The wave of red trends that have been set off have gathered the majestic force of forging ahead in the new journey in the society, and brought many inspirations for the development of film and television creation and the development of party history education in my country. 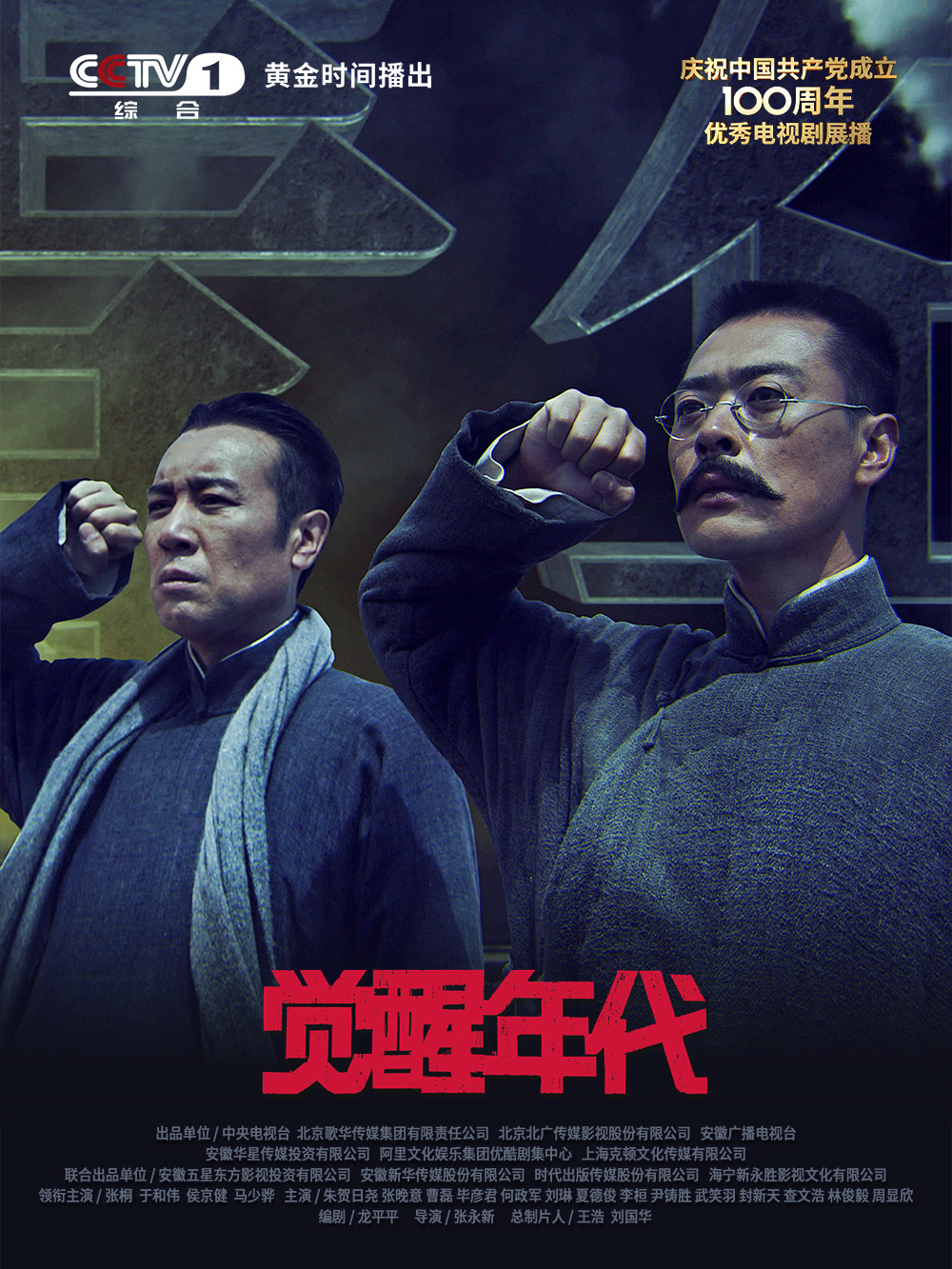 The Age of Awakening poster

The century-old history of the party is engraved with the magnificent years, which provides a fertile artistic soil for film and television works. Throughout the development process of the theme of party history, the creators mainly use three different ways to answer the question of "Why the Communist Party of China can?": One is to look back at the major moments in the history of the party, showing the difficulties of the Communist Party of China from its birth, development to growth. With brilliance, glory and dreams, let the audience form a concrete understanding of this great historical process; the second is to focus on the life experiences and extraordinary achievements of important figures of the Communist Party of China in the form of biographies, and to describe the spiritual pedigree of the Communist Party of China from point to face; the third is to show The life experience of ordinary people in the process of chasing and building dreams, reenacts the memory of the hard work, sacrifice and dedication of party members and cadres in different eras between reality and reality. No matter how the times develop and the ideas are updated, these works on the subject of party history always take "truth" as their spiritual background, and adhere to the historical writing principle of "big things are not false and small things are not limited".

A large number of film and television works have emerged one after another over the past few decades, and have carried out a more comprehensive display and sorting of the various historical periods of the Communist Party of China. How to find new inspiration and new content in the vast sea of historical materials, and use new artistic means to silently convey the complex and profound theme of "Party History" to the audience has become a problem that has always been explored in the development of film and television creation. righteousness in it. Especially in recent years, with the profound changes in China's media environment, the development of the film and television market has become more and more mature, and the creators of party history themes have also kept pace with the times. The creation of new brilliant has accumulated valuable experience.

This innovation is first manifested in the perspective of looking at the history of the party. Take Jiao Yulu as an example of the life experience of the heroic figure and the spirit of Jiao Yulu contained in it. The audience is familiar with this story, and different art categories such as movies, TV series and documentaries have also interpreted it in various ways. The movie "My Father Jiao Yulu" to be released in 2021 brings a fresh viewing experience to people. The creator sets the main scene in the field of family life, and adopts the way of Jiao Yulu's daughter's dictation, reviewing Jiao Yulu's glorious life from three different dimensions: "a party member", "a cadre" and "a relative", which makes people see that he is cute. Lovely side. The TV series "Shan Hai Qing" transforms grand content such as relocation, counterpart assistance, technology poverty alleviation, and education poverty alleviation into concrete plots such as Ma Defu and other grass-roots party members and cadres leading villagers to grow mushrooms, repair water canals, and repair school playgrounds, allowing the audience to enter the scene. You can feel the power of development and change in the program chasing drama. There is also a program "Painting as the body and history as the soul" program "Party History in Art Classics", which selects representative art classics to reproduce the glorious history of the Communist Party of China; The program "The People is the Country", which starts from the phrase "Keep the country, guard the heart of the people", uses touching stories to explain the concept of our party's foundation in the people, blood in the people, and strength in the people; select major events in the history of the party The documentary "Mountains and Rivers Years", which expresses key scenes and important characters, takes the mountains and rivers as the longitude and the years as the latitude to structure the whole chapter, so that the audience can systematically understand the great spirit of the party. The creators of these works immersed themselves in re-reading the party history, capturing new story sources and entry points, or filling the creative gap in a certain field, or interpreting the content that has been presented in the past from a different perspective, leaving an image for the party's history. new annotations. 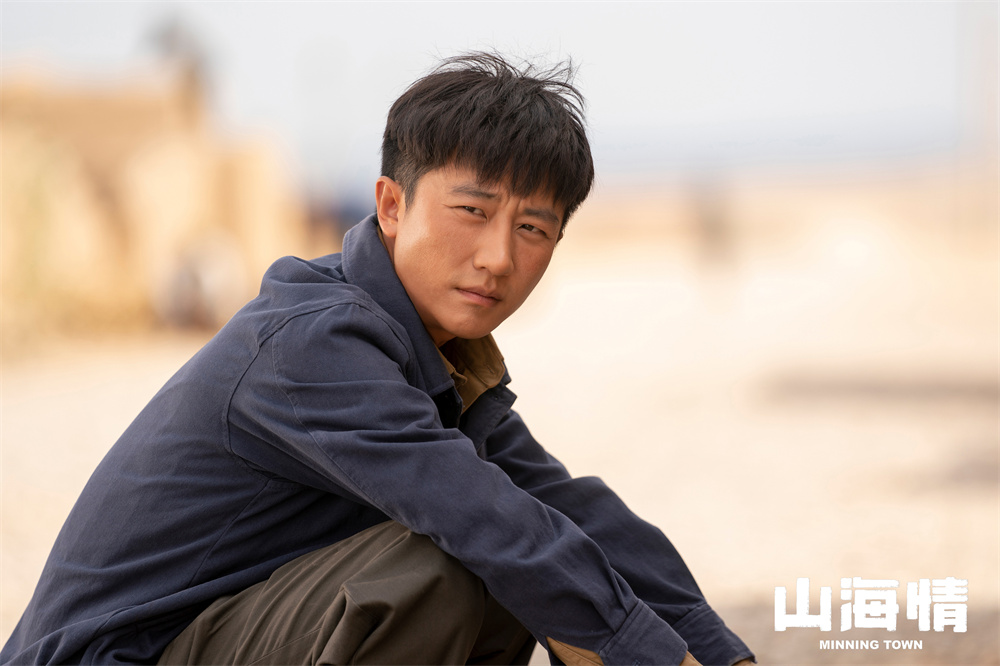 In the era of media convergence, with the rise of short videos, audience attention is characterized by fragmentation and mobile reception. Under the in-depth analysis and judgment of this era, some creators have begun to explore ways to adapt to the viewing methods and aesthetic habits of online user groups, and attract more people to stop and watch. Some people try the method of scatter perspective and use the production mode suitable for short video dissemination to produce. In the field of TV dramas, such as "Meritorious" and "Our New Era", they adopt the mode of short dramas and unit dramas. Each story has one or several episodes, and each episode is 20 minutes in size. In the field of film, the "Me and Mine" series, "You Are My Spring" and "Embrace You Through the Winter", were made by a number of directors to make a short film around a certain theme, and then gathered together a long film. There are also micro-documentaries such as "This Decade" and "Smelting Steel: 100 Years of the Communist Party of China". Each episode is only a few minutes long, and uses the experiences of micro-individuals to gather a "Chinese story" in a macro sense. Some people also explore the road of hybridization, introducing a mode of narration and empathy that meet the audience's expectations. For example, "Operation Mekong", "Above the Cliff" and "Emergency Rescue" have introduced elements of war, action, science fiction, espionage warfare, disaster and other types of elements, which have opened up a wider imagination space for mainstream film and television creation in the future.

Party history-themed film and television works have become an important part of party history learning and education activities. Drawing on experience from recent film and television works themed on party history, facing the future, the century-old party history, a fertile soil for literary and artistic creation, still has potential to explore and innovate. With the continuous deepening of historical theoretical research, more and more details in the history of the party have been excavated and become well known. Creators should always uphold the attitude of reverence for history, strengthen the learning and accumulation of party history, and apply the latest research results in their creations. At the same time, it is necessary to go deep into life and take root in the people, let the creations stick to the soil, bring dewdrops, and steam, and more accurately find the point of convergence between the theme expression and the needs of the people, so as to realize the transition from "mainstream" to "top stream" transformation.

(This article was published on the 15th page of "Guangming Daily" on September 21, 2022. The author is a distinguished researcher of the Heilongjiang Provincial Research Center for the Theoretical System of Socialism with Chinese Characteristics and an associate professor of the School of Marxism, Harbin Institute of Technology.)