Quentin Tarantino, a genius director who has not released a new work for a long time, has been busy with the promotion of his new book "Cinema Speculation" recently, and has successively appeared on Bill Maher, Jimmy Kimmel Waiting for the talk shows of famous TV speakers to talk about their movie life. 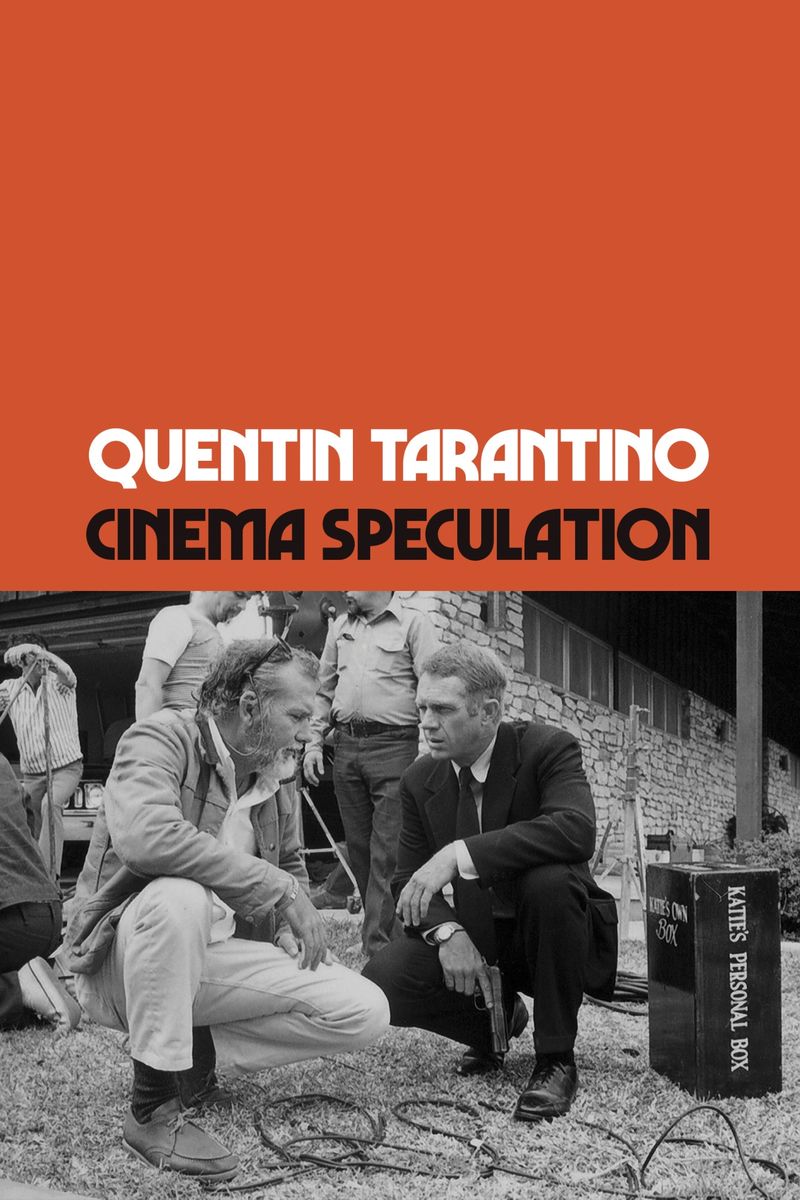 The title of this new book is "Imagination in Cinema", because Quentin has a whole chapter in this anthology composed of various film reviews, essays, essays and interviews, which is a personal bold imagination: If Bryan DePalma, Not Martin Scorsese, Directed 'Taxi Driver', Here's How It Turned Out.

On the whole, "The Movie" is a personal history of moviegoers, introducing many Hollywood works of the 1970s that Quentin watched when he was young. Among them, there is "The Getaway" (The Getaway) - the two on the cover are director Sam Peckinpa and star Steve McQueen on the set of the film, "Blitt" (Bullitt), "Dirty Harry" (Dirty Harry), "Deliverance" (Deliverance), "Escape From Alcatraz" and other classics, there are also many black movies that ordinary movie fans are not familiar with, Exploitation piece, B grade piece. In short, these films have special meaning for Quentin, and they also provide another entry point for us to understand his own films in depth. 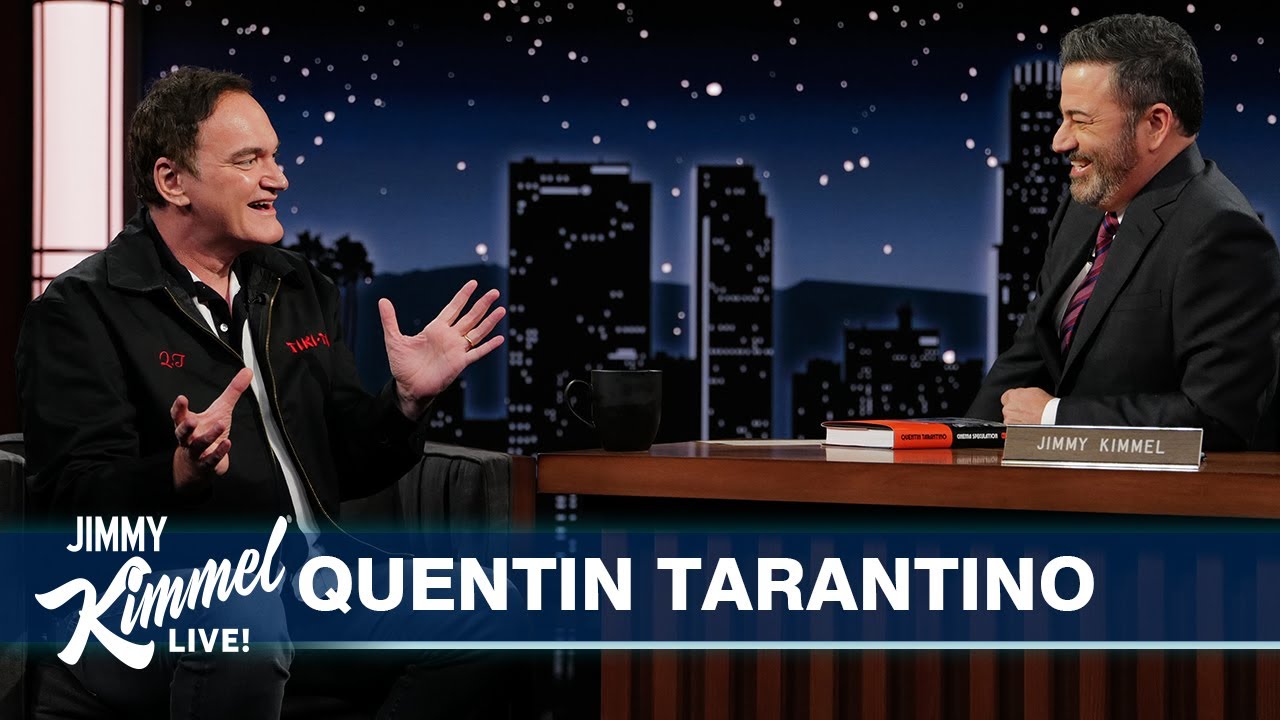 Throughout the book, it is not difficult to see that for Quentin's film life, his mother Connie played a decisive role. According to him, in 1972, one of his mother's boyfriends - a football star of the Los Angeles Rams, but Quentin did not specify who - offered to take him to a movie in order to have a good relationship with him. .

At that time, in American theaters, the so-called dual-film co-screening practice was common. First, B films, that is, B-level films with relatively lower production budgets and less big-name staff behind the scenes, were released, and then A films were shown, that is, the production scale. A bigger, star-led feature. That day, the mother's boyfriend took the eight-year-old Quentin to a movie theater in the black community of Los Angeles. First, they watched a B-movie called "The Bus Is Coming", which was intended to reflect the time The issue of racial conflict in American society, but the film itself was relatively rough and childish, which made the audience sitting below quite bored, and some people even yelled at the movie characters on the screen while watching, which opened the eyes of little Quentin.

The A-rated films that followed were action films starring black rugby star Jim Brown. Brown is the star guard of the Cleveland team. After retiring, he entered Hollywood and starred in blockbuster films such as "Twelve Kings" and "Overwatch". In the 1970s, he starred in many black exploitation films that featured violence and action elements, and Quentin was obviously watching one of them at that time. This movie viewing experience also left an indelible impression on him for life, because the audience sitting below, when watching the movie, changed the negative attitude of sleepiness or anger before, and watched it very deeply. enjoy. "Films are made for audiences, and that's what I learned from a Jim Brown movie on a Saturday night in 1972, and that's what I always want to achieve in the future," Quentin said.

Quentin's mother is named Connie Zastoupil (Connie Zastoupil), and her life experience is also quite exciting. She married Italian-American actor Tony Tarantino at the age of 16 and gave birth to Quentin Jr. But it didn't take long for the couple to part ways and Quentin was raised alone by her mother, a nurse. As an adult, Quentin just happened to meet his biological father in a coffee shop, that's all.

When he was three years old, his mother married the musician Curtis Zastoupil, who took her husband's surname. In those days, my mother and stepfather would often take Quentin to the theater to watch movies, and they watched some movies that were definitely not suitable for children in the general concept. According to Quentin's statement in "The Movie", he also consulted his mother on this issue at the time, and the answer was: "Quentin, instead of worrying about this, I'm more worried that you watch too much news on TV. Movies are just movies, they can’t hurt you.” In recent years, from time to time, the media has criticized Quentin’s movies for being full of violence and blood, teaching bad children, but Quentin has always said that he does not believe that violence on the screen will affect To the audience, normal people will understand that it is just a movie. Going back to the source, I am afraid that it was his mother Connie who first instilled this concept in Quentin.

When her son was ten years old, Connie and her second husband, Zastupil, divorced and returned to being single. Quentin once introduced when promoting his new book that after his mother returned to being single, she had made many boyfriends, including Happy Hairston and Wilt Chamberlain of the Lakers. The latter was the famous Huahua company in the NBA at the time, claiming to have had relationships with 20,000 women, but according to Quentin, although his mother and Chamberlain were not in a fixed relationship, they had been dating intermittently for three years. Time was once Chamberlain's "Number One Girlfriend". 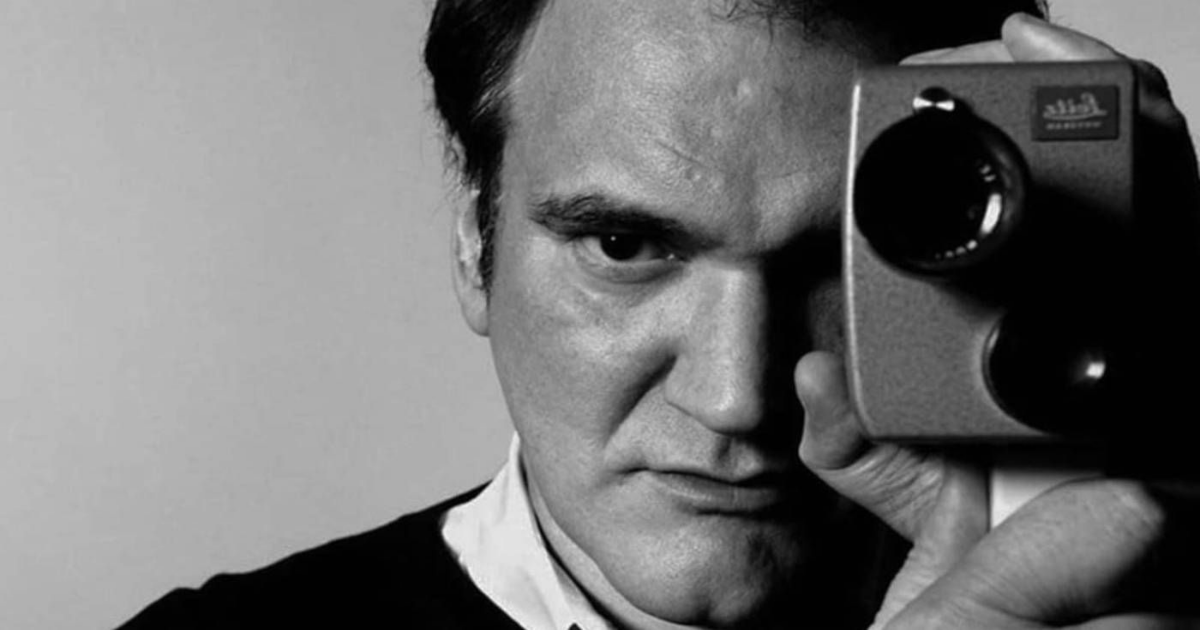 Although she supports her son watching movies, Quentin's mother is not very optimistic about his son's other big hobby, writing. She poured cold water on little Quentin more than once, and made him swear when he was a child that when he grew up, even if his dream came true one day, he would never pay back his mother. When Quentin first revealed the details of his private life last year, the media of good things soon contacted Connie and wanted to ask her what she would say about her son's "cold-heartedness". The old mother said quite generously that no matter what her son said or did, she would always love him, support him, and be proud of him.

During the interview, Quentin also introduced the "perfect movies" in his mind to readers, including "Jaws", "Annie Hall", "The Archmage", "The Texas Chainsaw Massacre", "The New Frankenstein" and "Back to Back". future". "And Sam Peckinpa's Sunset Sands, which isn't 100 percent technically perfect, but it's good enough, almost flawless, so I'm going to include it too."

Finally, when it comes to the question of whether he will direct a Marvel movie one day, Quentin answered in a clear-cut way with one of Peter Fonda's unpopular westerns in the 1970s, saying that those directors who made Marvel movies are just "helpers". ” (hired hands), for myself, who has no shortage of job opportunities, there is no such idea at all.

From Quentin's point of view, a colleague like himself who has no interest in superhero movies actually has a lot of people in Hollywood. Whether it's openly expressed or secretly looking forward to it, everyone is looking forward to the early end of the craze for such movies and that the audience can Tired of watching these movies earlier. "It's like Hollywood in the 1960s, when the popularity of big-company-made musicals finally started to wane, there were actually a lot of directors who were too happy to be happy. I think the current situation is very similar to that time, back then. Also, the entire industry is almost monopolized by musical films, which is quite depressing; now it’s superhero blockbusters, which are making people breathless.”