"All things and creatures 3": the "sweet drama" that enriches the blood of social animals

Highly educated, sunset professional, economic downturn, and hard to find jobs, young people can only reduce their dimensionality and go to small places to seek development. This is not us today, this is Britain a century ago. As the industrial revolution reduced the demand for animal power, James, a prospective veterinarian, was unemployed as soon as he graduated. He could only go to a beautiful valley town to make a living, but unexpectedly opened the most beautiful chapter of his life in a half-dead veterinary clinic... This is adapted from the British Veterinarian and author Jimmy Haley's autobiographical "most healing" British drama "All Creatures Great and Small". 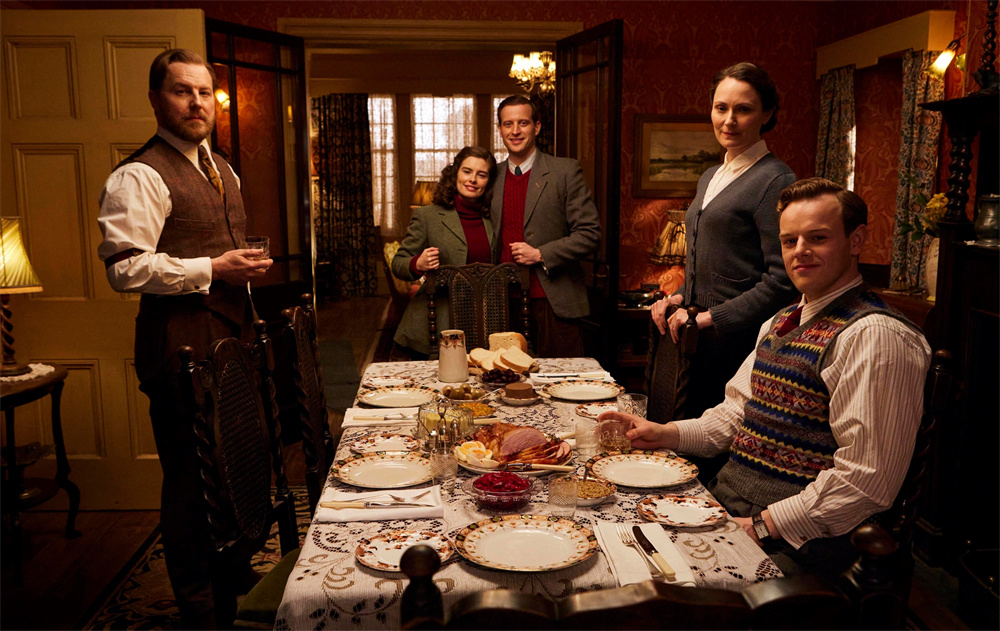 Stills of "All Creatures"

The third season of "All Creatures" has come to an end recently. In addition to the continuation of the sweet style of the first two seasons with soothing plots and pleasant pictures, as the season of the protagonist James' "Ranch Period" and "Battlefield Period", the emotions of the drama are more complicated. As small as cats, dogs, cattle and sheep, as large as people's survival and then to national interests, it is full of British-style discussions that are exhaustive and meticulous. 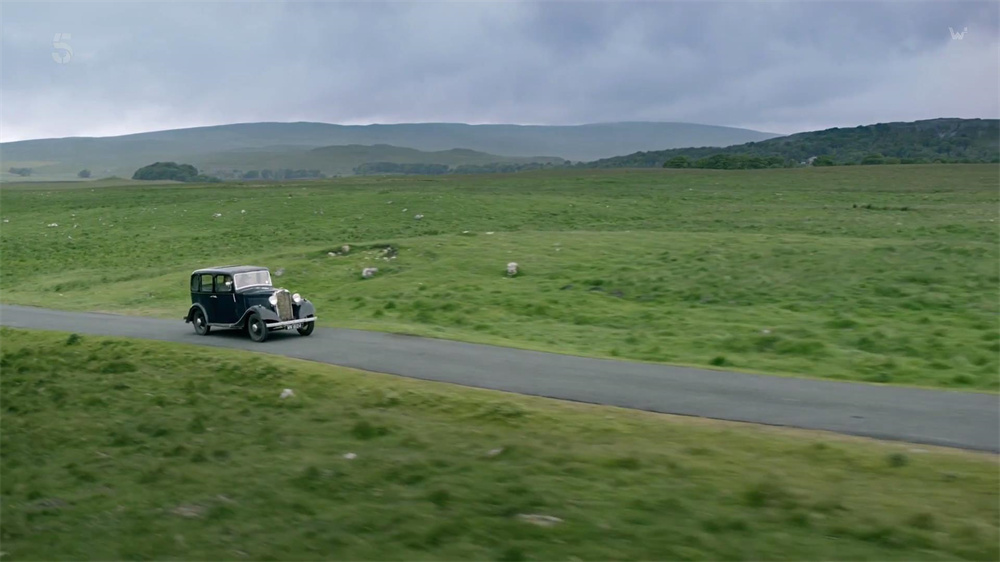 The new season opens with the groom-to-be James driving up and down the fields of "Little Paradise on Earth" Darroby. When the camera pans, a Swordfish torpedo bomber hovers in the sky, heralding that the tranquility is about to be broken.

On the single night before the wedding, James was so drunk that he had to give the farmer's cattle a physical examination. He woke up early the next morning in the cowshed. James painfully found that an old cow had a fractured foot. The foot was the "soft underbelly" of a cow and a horse. However, on the day of the wedding, James was not suitable for killing. After several pushes, the gun was handed over to a boy who was about to join the army. James felt uneasy about his withdrawal, a guilt that would change his life forever. 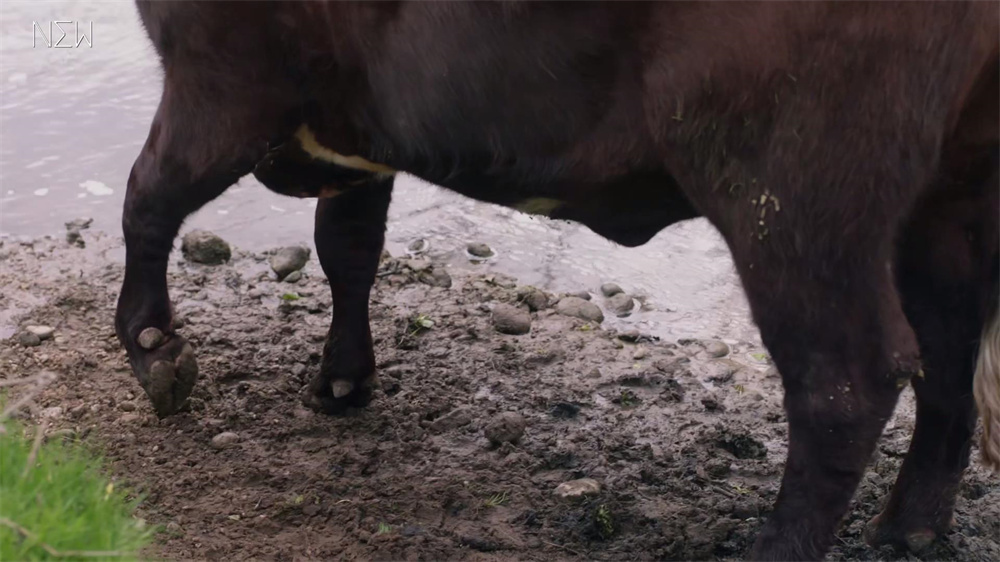 James was promoted by Farnan as a partner of the clinic after his marriage, but in fact Farnan did not really treat him as a partner and often yelled at him. At that time, no one realized that Fanan's violent temper actually came from his terrible experience in the "World War I" army. It was a letter from an old comrade-in-arms before he committed suicide that revealed Fanan's painful memories: after the war, they were ordered to kill them. All the military horses are light, the reason is that the transportation cost is too high. A few years later, the former major became a wealthy businessman and once again ordered Fanan to kill a racehorse that was not allowed to be ridden on the grounds of economic interests. Fanan saw the shadow of himself and his comrades in the horse. 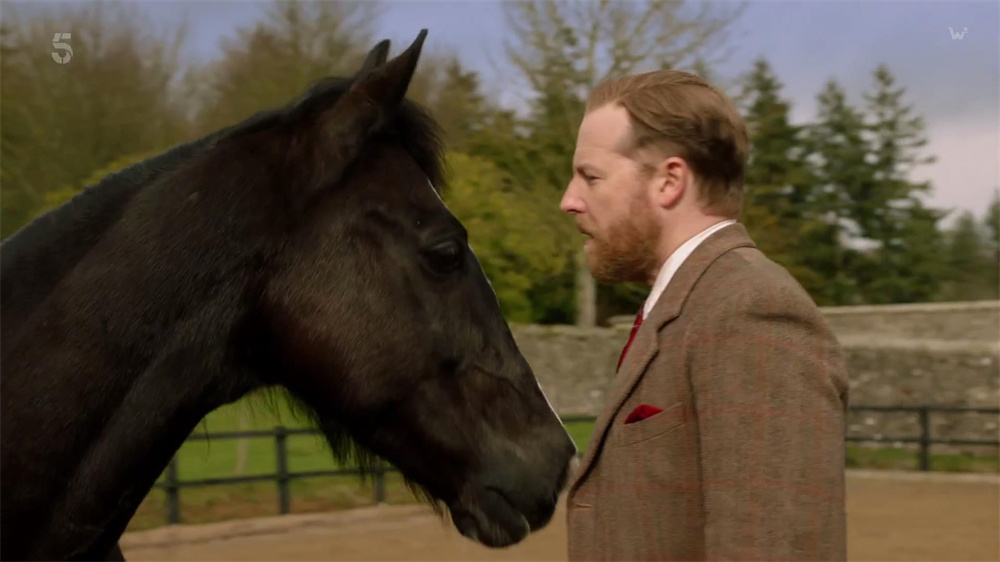 On the other hand, out of the self-consciousness of the newly promoted managers, James proposed to implement the screening of bovine tuberculosis in rural areas. Obviously, James did not fully consider the psychology of farmers. For them, sick cattle are a matter of "turning a blind eye". Screening will only cause them to lose cattle. Say "too empty". James found a difficult way for himself. Not only did he repeatedly run into walls on the farmer's side, but Farnan also criticized him a lot in the clinic. 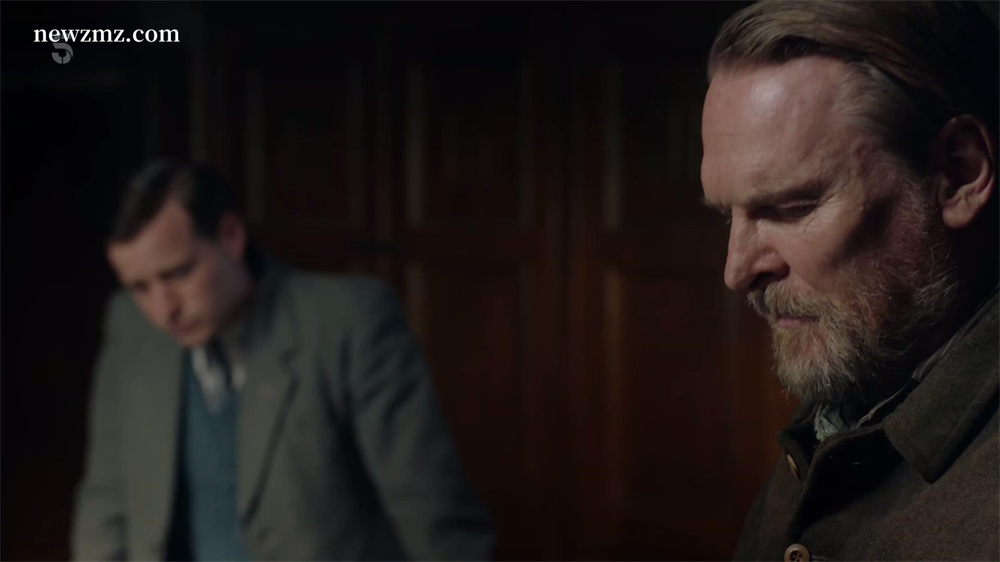 The tear point of the third season is in the fifth episode. The mysterious son of the housekeeper Ms. Hall appeared. He was sent to prison by his mother for stealing the property of his mother's employer, so he always resented his mother. The meeting was at the train station, and there was not much time. His son joined the navy and was about to go to the battlefield. He admitted that this might be the last time. Ms. Hall desperately followed her son to catch the train, crying sorry to the departing train over and over again, but she couldn't hear the last words her son said to her because of the loud noise. A lip-talking volunteer quietly came to her and told her: "The last thing your son said was 'Mom, I love you'". A play that seems to have nothing to do with animals has opened up the heaviest topic of this season: war. 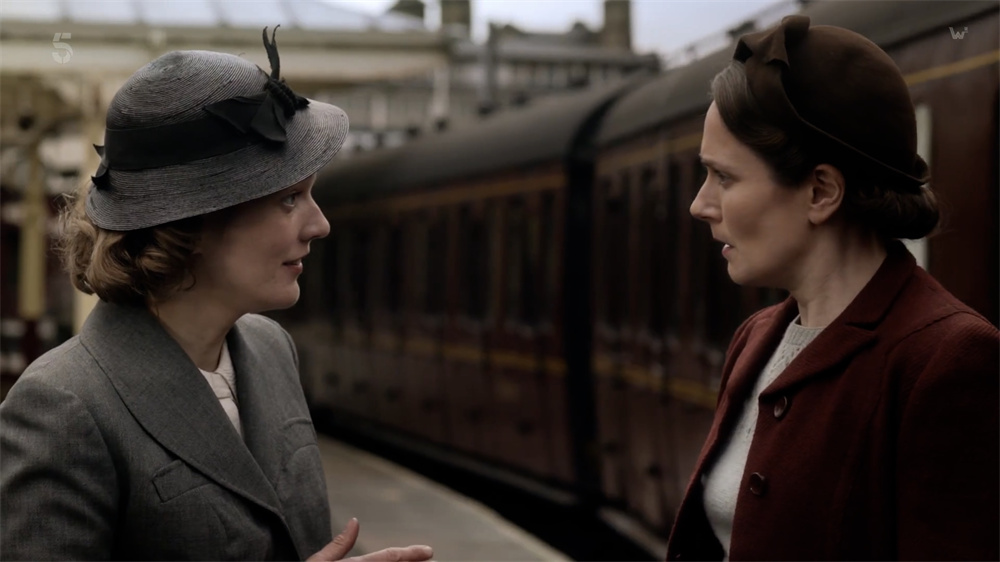 Prime Minister Chamberlain's warning to Germany was heard on the radio every day, and the people's emotions were highly tense when the war was about to break out. Carload after carload of children were evacuated to the countryside. Seeing that a large number of children may never return to their hometowns and never see their parents, James decided to give up his veterinary exemption status to join the army.

Leaving his newlywed wife, his lovely little clinic, and his beloved Darroby animals and farmers, James is going to help lives in greater danger, as always. 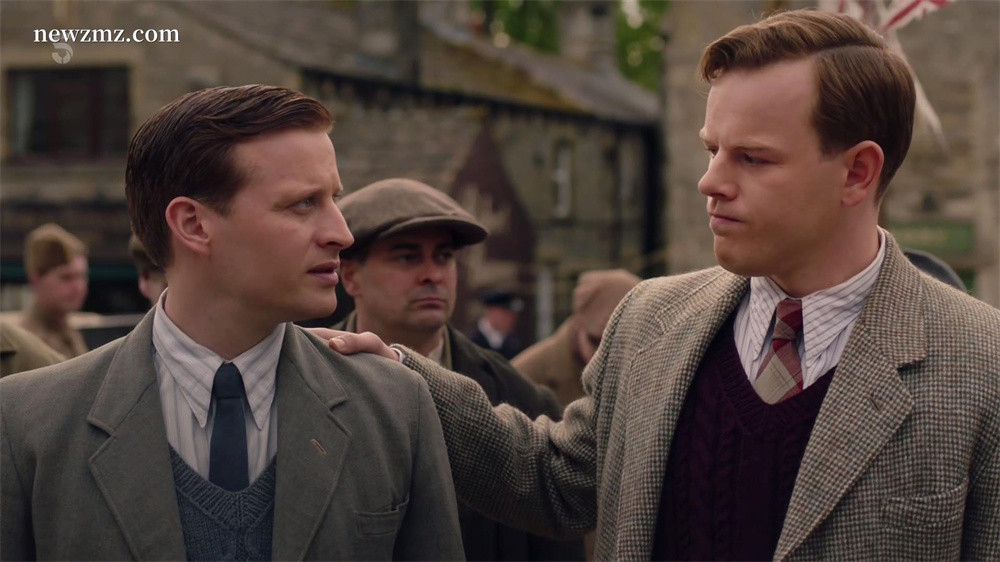 As a British national treasure TV series, the happiest part of the audience is the fluffy animals. The cruel historical truth is hidden in the animal scenes in the third season——

Tuberculosis is regarded as the "old enemy" of the British. In the 19th century, almost half of the British suffered from tuberculosis. After the Industrial Revolution, Britain advocated the concentration of animal husbandry in the countryside. However, problems also emerged. Although the cows "sent to the countryside", milk contaminated with tuberculosis was supplied to all parts of the UK along the railways. Children became the main victims. From the 1850s to the 1960s alone, 800,000 children in the UK died of bovine tuberculosis. 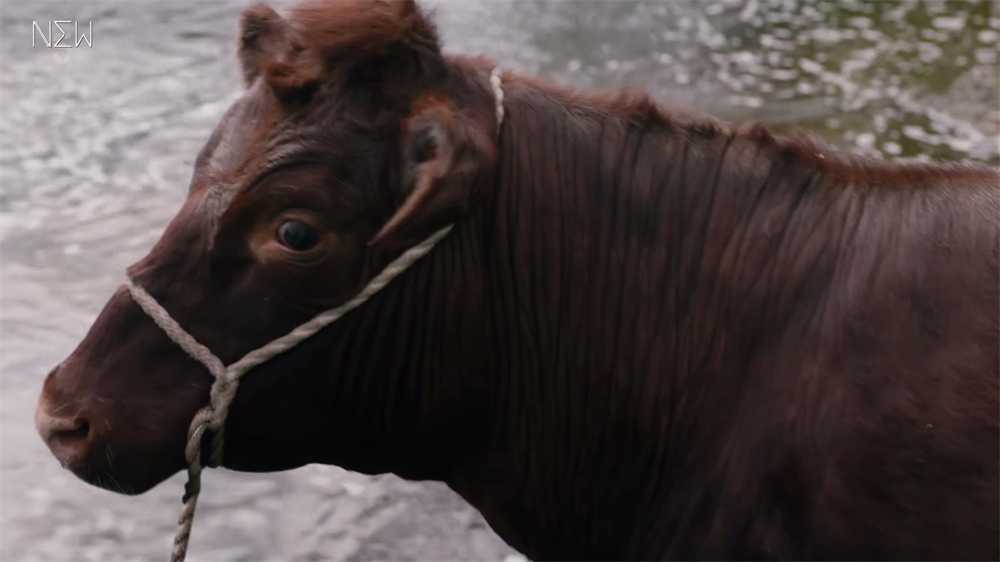 Obviously, this historical experience made the British suffer from "tuberculosis PTSD". Anyone who has applied for a British visa should know that all applicants who apply for a British visa in China for a period of more than 6 months must undergo a tuberculosis test. From this, you can understand why the regional leaders of the Ministry of Agriculture in the play are furious and scold everyone every day. After all, they are faced with out-of-control tuberculosis data every day. 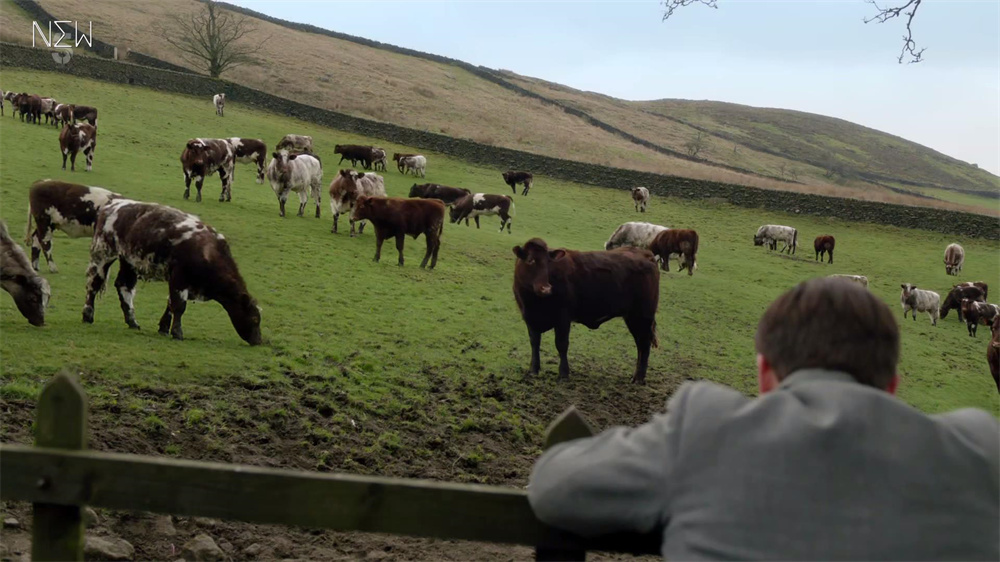 The United Kingdom was one of the first countries to advocate animal rights, but during the outbreak of World War II, a lot of "slaps in the face" happened. At that time, the government issued a set of management regulations for animal food distribution, but ignored companion animals. Many owners discarded their pets out of fear of running out of food. There was such a small episode in the play: One day, a healthy and beautiful dog was lost at the door of the animal clinic. 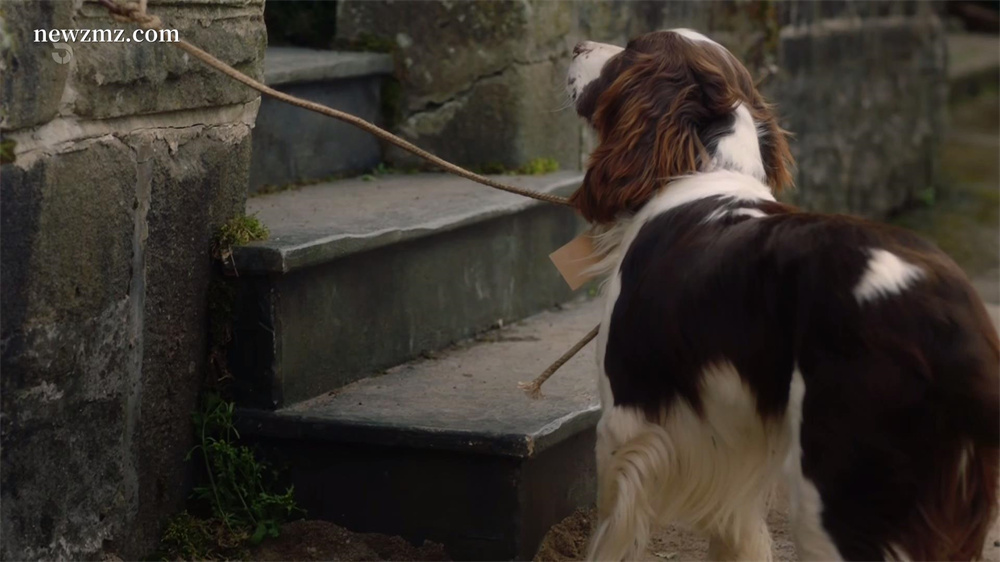 Consistent with the plot in the play, the government at that time also printed a booklet telling the public: If you have difficulties and it is too late to give your pets to your neighbors for care, then destroying them is the best decision. It was this manual that caused a large number of pets to be sent to the point of no return. What was not shown in the play was that there were long queues at the gates of many animal clinics at that time, and they all took their precious pets to euthanasia. There are animal corpses all over the hills. It is said that nearly 750,000 pets died at the hands of their owners in London alone.

Pets are a luxury when war comes, but apparently war doesn't need luxury. 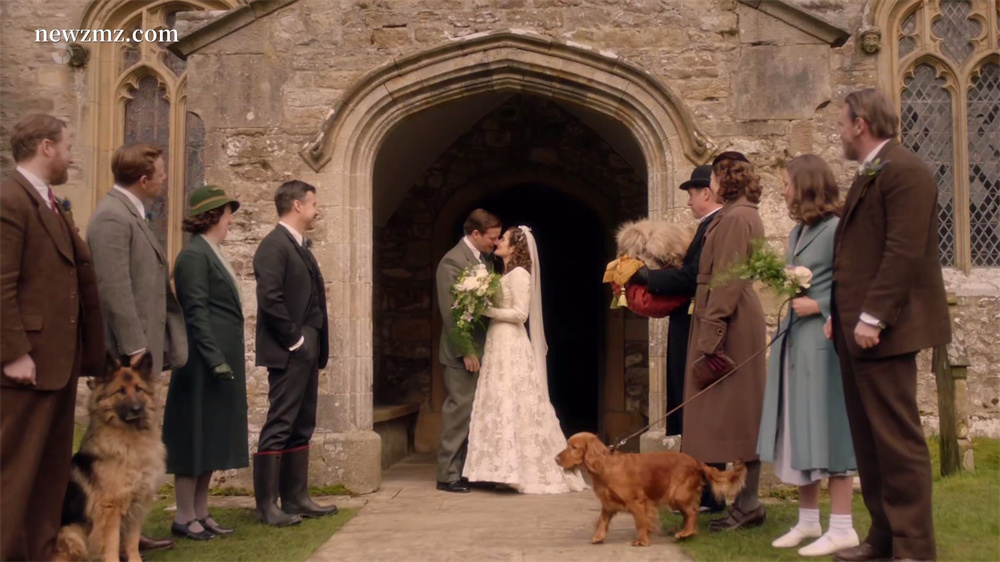 Dogs have been a part of many British households and Jamie and Helen even had dogs at their wedding.

In the play, you can see the clips of Fanan's army. His comrades chose to put a gas mask on the horse when facing the poison gas attack, and shouted before the sacrifice: "Animals are always the most important!" A little exaggerated, but for the Royal Army Veterinary Corps, their combat mission is to keep the animals in the army. 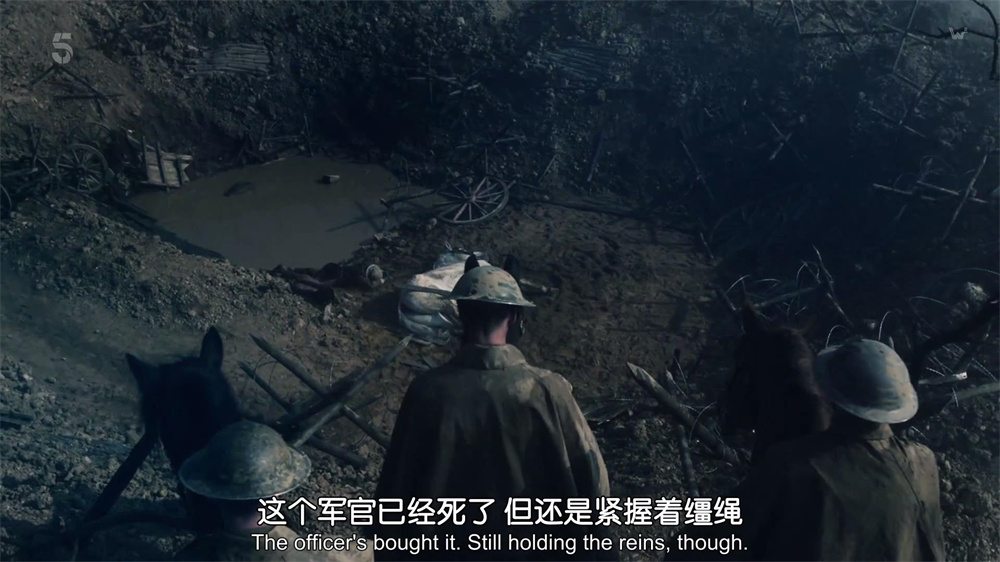 During the First World War, the British army requisitioned a total of 1.1 million mules and horses to fight, which were used to transport weapons and supplies, carry cavalry, transport the wounded, and transmit information. Later, the demand for combat surged, and Britain could no longer provide war horses in the country and had to purchase them from other countries. Under such circumstances, losing a horse was more terrible than losing a soldier, because there were too many people but too few horses. According to incomplete statistics, a total of 8 million mules and horses "fighted" for Britain during the "World War I".

As shown in the play, after the end of World War I, soldiers could return to Britain, but tens of thousands of horses were left on the battlefield, and a large number of horses that made great achievements were sold to France and Belgium, where they were killed and eaten. Meat. In the end, thanks to Churchill's insistence on the recall, 110,000 mules and horses were lucky enough to return home alive. 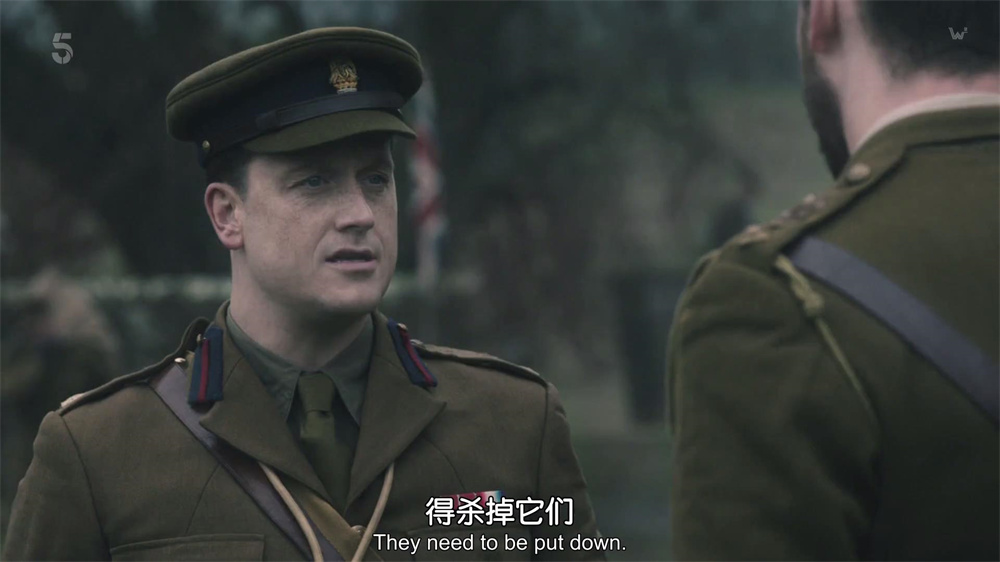 It is worth mentioning that the logo of the Royal Army Veterinary Corps serving in Farnan in the play is a centaur in Greek mythology, which symbolizes that the legion has the combat power of horses. In the play, when Fanan received the order from the former major to "kill all the army horses", he said angrily: "The soldiers died fighting for these horses, my soldiers!" easily dismissed. It turned out that what the Army Beast Corps wanted to defend was never the lives of these horses, but the rights of these people. If you understand the short story of the military horse, you can understand the character of Farnan, and understand why he went to the countryside to treat animals in the countryside after he dropped the rank of lieutenant. The reason why he is so colorful in the whole work: between humans and animals, he always Choose to be on the side of the underdog. 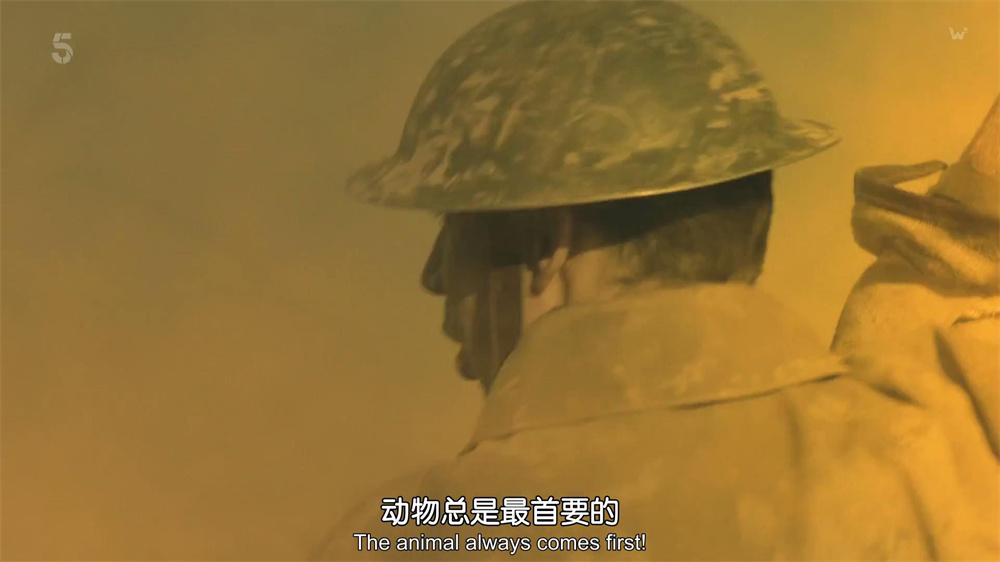 In the play, we can often see animals making sacrifices for human interests: killing tuberculosis cattle is for human health, killing pet cats and dogs is to save human food, and killing army horses is to practice world peace. The healing of "All Creatures" is that there is no accurate answer to who is great and who is small in the world in the play. The truth is that when we choose who we stand by, who is "great". Animal doctors like James and Farnan choose "small life" most of the time, but when they bring life back to life, they are almost gods.

Many years later, Farnan received another order from his old boss to kill the horses. This time he firmly refused: "Can you stop using money as a measure?"

The old boss sarcastically said: "If you have better standards, I will listen to them." 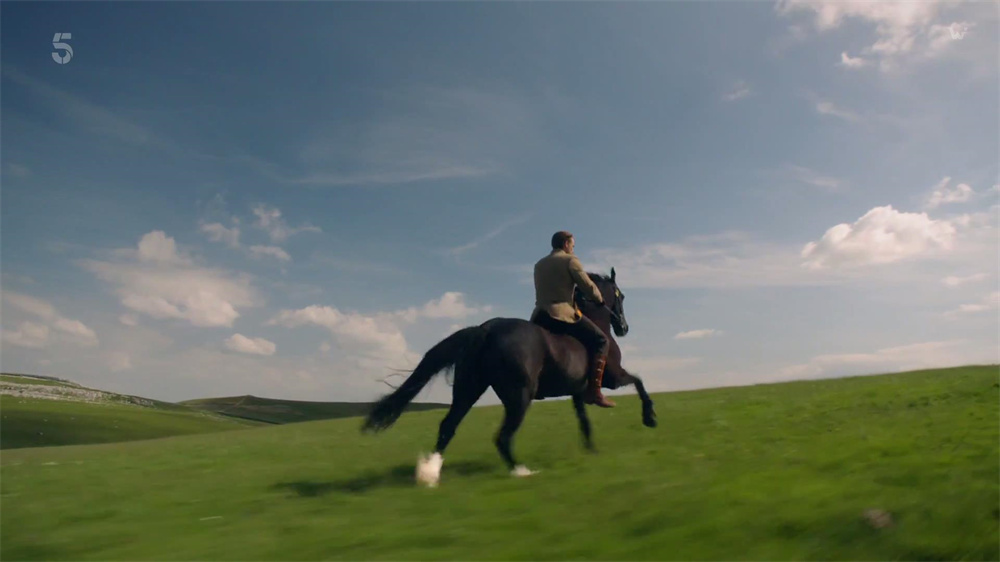