Think back then｜"Legend of the New White Snake": half a masterpiece of "waiting once in a thousand years" 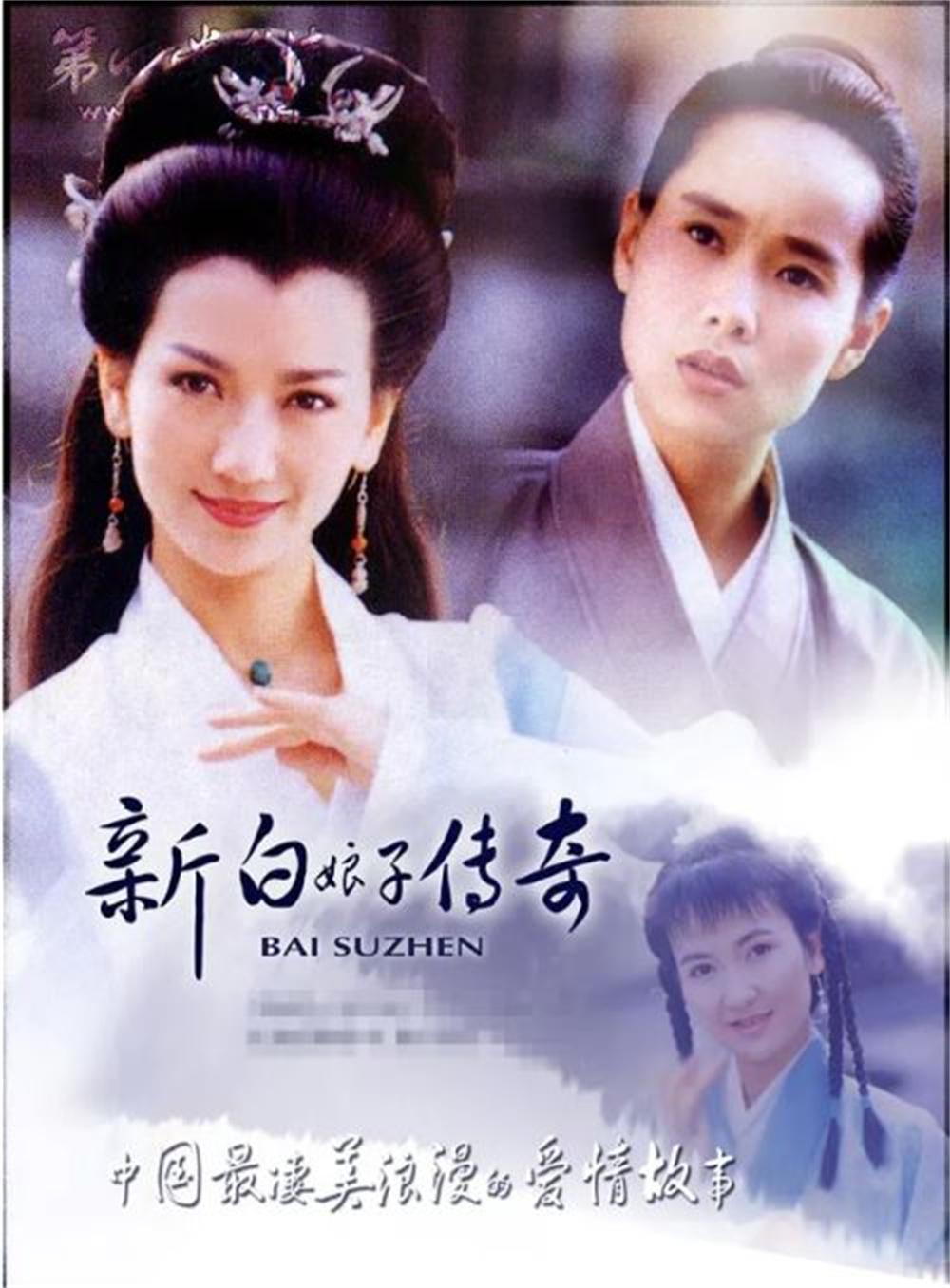 "Legend of the White Lady" poster

This TV series was first broadcast on Taiwan TV that year, and was introduced to the mainland for broadcast the following year. It caused a huge sensation once it was broadcast, and it was repeatedly broadcast on CCTV and other local TV stations for more than ten years. TV series with the highest ratings, reruns and remakes. 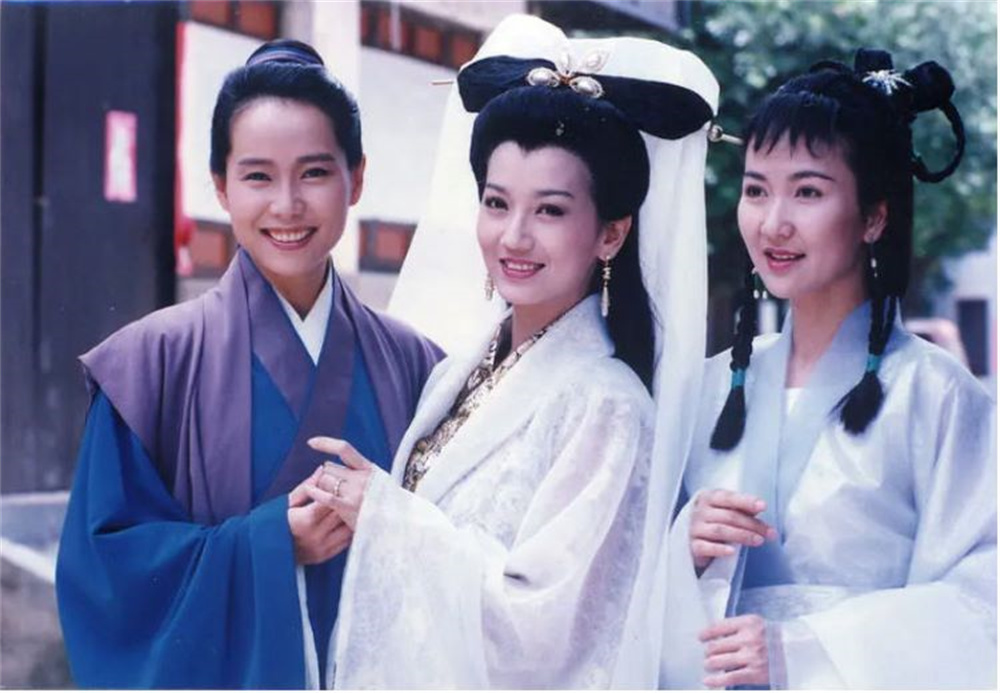 The general plot of the TV series can be said to be the "televisionization" of folk tales. Since there is a word "new" in the title of the play, many of the plots of the TV play are naturally original. For example, the white snake "steals the grass" in the traditional story, and in the TV series, the trilogy of "stealing the pill", "seeking grass" and "soul hunting" was derived. The difficulty and danger of Bai Suzhen rescuing her husband have been greatly increased, portraying the infatuation of Bai Suzhen. And "Water Man Jinshan" has developed from the white snake's solo fighting method to the Qingbai two's joint fighting method, from the passive fighting method of Fahai to the passive fighting method of the white snake. Among them, the details of Fahai's aggressiveness and bullying have been added, which weakens the demonic nature of the white lady in the original story when the water floods the golden mountain, and reflects her helplessness.

Monk Fahai in the play

In this way, as the protagonist of "Legend of the New White Snake", Bai Suzhen played by Zhao Yazhi embodies the gentle, virtuous, and kind virtues of traditional Chinese women, and caters to many audiences' nostalgia for traditional female beauty. In particular, audiences in mainland China have fallen in love with Feng Chengcheng played by Zhao Yazhi in "Shanghai Bund" many years ago, but the white lady is still beautiful, and she is more mature and understanding. As a result, the audience was fascinated by her, and the "Zhao Yazhi craze" was once again set off.

At the same time, several other characters have also distanced themselves from those in traditional stories. What's interesting is that the three protagonists in the play are all Hong Kong female stars: apart from Zhao Yazhi, Xu Xian is played by Ye Tong, and Xiao Qing is played by Chen Meiqi. It should be said that Ye Tong's backstory just rightly showed Xu Xian's elegant (or weak) character.

As for Xiaoqing in the TV series, she has always been the faithful companion of White Snake. Not only does she work hard in daily life, but she also follows the White Snake through life and death. Knowing that she is invincible, she still fights Fahai to the death, and she is seriously injured in the end. In order to avenge Bai Suzhen, she practiced painstakingly in the Qingfeng Cave for 20 years, and came back to seek revenge after learning the flying knife stunt. These are folk chivalrous thoughts, portraying the image of a chivalrous woman who is happy to be kind and enmity. Compared with the green snake who "obeyed" the white snake in the original traditional story, it can be said that "Legend of the New White Snake" portrayed Xiaoqing's image more successfully.

In terms of structure, "Legend of the New White Snake" also has novelties. Dialogue is an important structural form of TV dramas, and the promotion of the plot is realized by a large number of character dialogues. In "Legend of the New White Snake", part of the dialogue is replaced by libretto, which breaks through the narration form of traditional TV dramas. The audience must be deeply impressed by the line expression of "singing when there is a disagreement" in the play, because "Legend of the New White Snake" has a total of more than one hundred arias! For example, in the section of "Zhou Yu", the White Snake of the Xiaoqing Dynasty and Xu Xian reported their family backgrounds to each other, and the "Past Life and Present Life Tune" has two lines and one line of lyrics to answer each other, avoiding the boring procrastination of each other's question and answer form. Then the song "Crossing Love" rippling with the waves of the lake hinted that Xu Xian and the white lady fell in love at first sight, which elevated "Crossing Love" from the background music and made it an important part of the plot.

American music master Henry Mancini once said that only if the movie itself is good enough and the music is also good, it will be a masterpiece. This sentence applies not only to film art, but also to TV dramas. In "Legend of the New White Snake", the theme song "Waiting for a Thousand Years" is the most well-known to the audience. Regardless of the title of the song or the chorus part, "Wait for a Time in a Thousand Years, I have no regrets", which can be sung repeatedly As a summary of the love story between Bai Suzhen and Xu Xian, the central characters of the play, it is also like the pursuit of the two people's life. This song "Waiting for a Thousand Years" sung by Gao Shengmei, who is good at singing folk songs and love songs, was once popular all over the country.

"Wait Once in a Thousand Years"

Unfortunately, in a sense, "Legend of the New White Lady" is also a victim of its own success. The whole TV series can be divided into two parts, the first half (episode 1 to 30) is about the story of White Snake and Xu Xian. It is said that the screenwriter Gong Min originally decided to write the play to end after the white lady was imprisoned in Leifeng Pagoda. However, later the producer felt that the benefit was good, and decided to extend the content of the play to 50 episodes, most of which revolved around the two themes of the love between White Snake and Xu Shilin, the son of Xu Xian, and Hu Meiniang, the jade rabbit spirit, and Shilin saving his mother. In this way, a story that was originally not too long was forced to be pulled. After adding a lot of water, 20 more episodes were added, and a new character such as the King of Golden Cymbals was added, which was purely fictional. The characters in the second half of the play are thin and the plot is procrastinated, which really makes the audience feel "chicken ribs". Although the first half of "Legend of the New White Snake" is undoubtedly a masterpiece, it is not an exaggeration to even call it "always imitated, never surpassed".