The 2022 version of "Flying Fox Story" is really a TV series that is difficult to evaluate. It's not good to say it's not good, it's obviously made with great care, especially in the field of play, it really feels a little "fight to the flesh". At least it's not the comical scene in the fairy tale drama that flies around at every turn and launches special effects. No matter how good or bad the game is, every move, you come and go, and everyone plays seriously, it deserves a compliment. 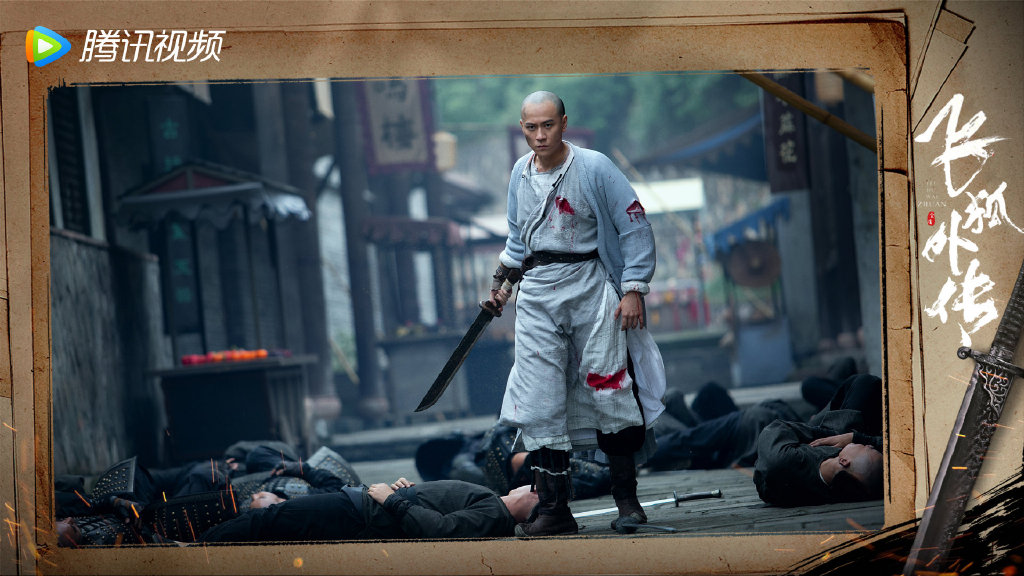 But if you really want to say that it can surpass the classics, I'm afraid it lacks a bit of confidence. After all, the 1991 version of "Flying Fox in the Snow Mountain" is the first, and even this drama will pay tribute to it with "Dream Chaser". 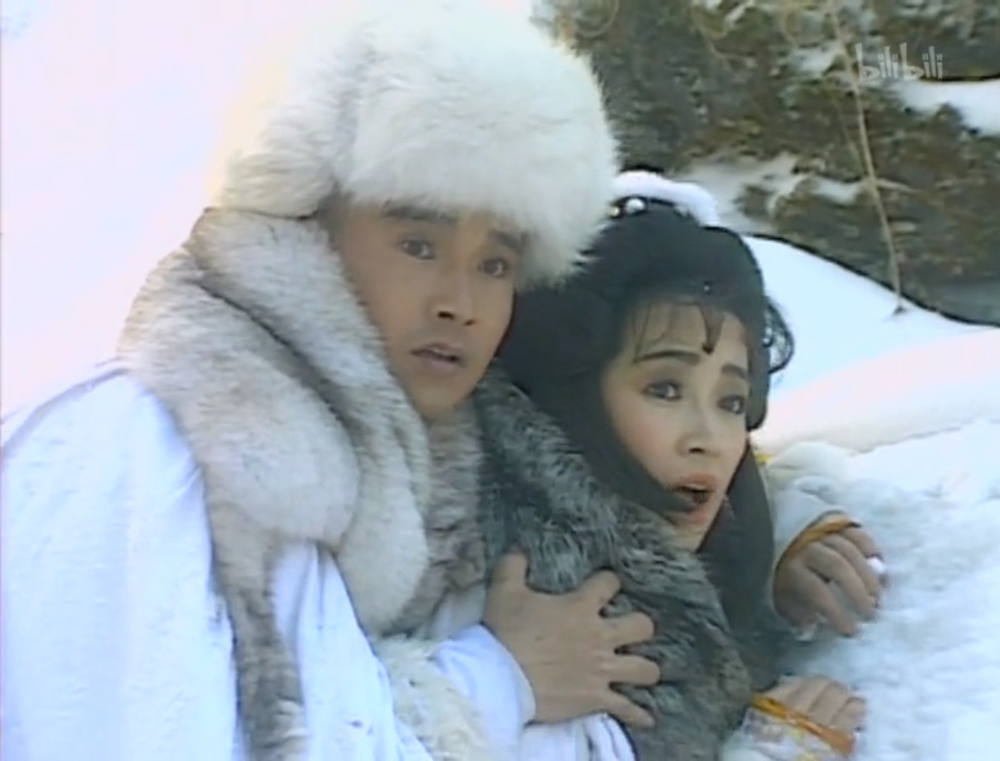 The fourth uncle Ping in the original book has both wisdom and means. He used strategies to coerce Yan Ji to hand over the knife manual, and he and Hu Fei went anonymous to help him practice family martial arts assiduously. But in today's "Flying Fox Story", he even rushed in to grab the knife manual, and sacrificed his life in vain. Although this is just a relatively unremarkable little character in the whole work, the portrayal of him reveals the gap between the film's main creator and "martial arts".

If Hu Yidao, Miao Renfeng, Hu Fei and others are famous heroes in Jin Yong's writings, then Ping Sishu represents "righteousness". The combination of these two types of people constitutes the "chivalry" in Jin Yong's novels. As the servant of the inn, just because he received a little favor from Hu Yidao, he was willing to risk his life to help Hu Fei. Uncle Ping's intelligence and loyalty are impressive. In the rivers and lakes, it is impossible for everyone to be a hero, but the chivalrous spirit is not far from ordinary people. It's a pity that the 2022 version of "Flying Fox Story" did make Uncle Ping a good man, but he didn't really understand his value.

Therefore, it is not difficult to understand the "weird" in many places in the TV series. For example, Miao Renfeng played by Lin Yushen always looks mad and cool, as if a domineering president has traveled back to ancient times. For another example, Hu Fei and Yuan Ziyi made a scene in Foshan, like the "Shuangwen" staged in "The Swordsman in the Snow" next door. For example, the makeup of actresses such as Ma Chunhua is too delicate, and the gap with the children of Jianghu is too obvious, and the sense of disobedience is full. In conclusion, the core of the 2022 version of "Flying Fox Story" is "modern" rather than "martial arts". 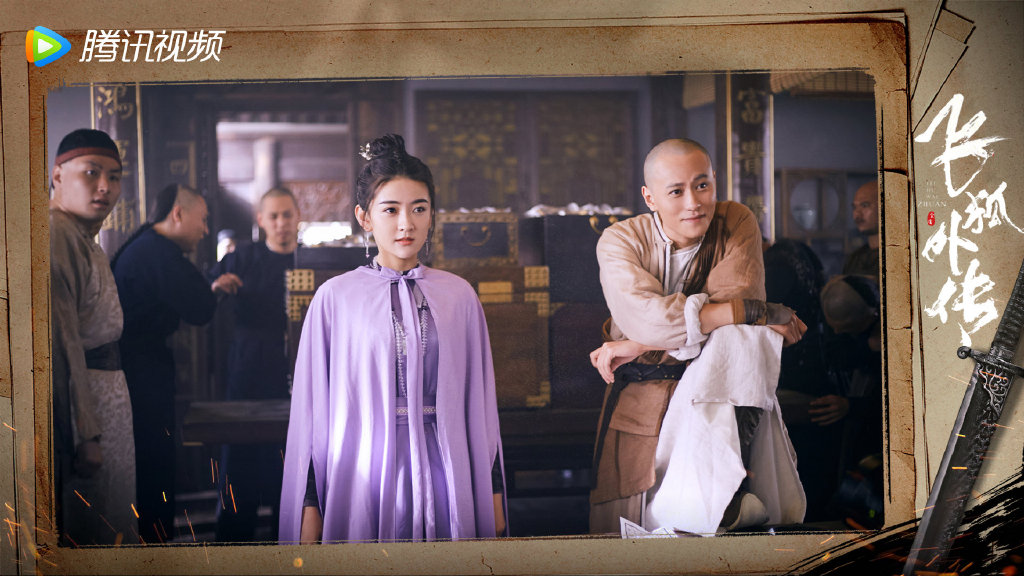 When Jin Yong wrote about Hu Fei, he not only wrote about his unparalleled martial arts and heroic spirit, but more importantly, about his conflicts and struggles between emotion and reason, emotion and righteousness. At the end of "Flying Fox in Snow Mountain", should he cut down on Miao Renfeng? In "Flying Fox Story", should he choose the intelligent and unparalleled Yuan Ziyi or the understanding Cheng Lingsu? There are no standard answers to these questions. The so-called heroes walking in the rivers and lakes, the biggest problem they have to face is not the martial arts masters and the world masters, but whether they can keep the chivalrous spirit in their hearts.

In the 1991 version of "Flying Fox in Snow Mountain", Hu Fei made the four Zhong family die tragically because of his own carelessness, so he made up his mind to avenge them, beat the horse on the road, and chased the murderer for thousands of miles. Even though Yuan Ziyi tried to persuade him, he remained unmoved and did not hesitate at all. And this kind of moving chivalrous spirit can't be found in the 2022 version of "Flying Fox Story". Hu Fei's story is more like a copy of "male frequency text", upgrading and fighting monsters all the way, to defeat the final boss.

This may not really blame the 2022 version of "Flying Fox Story" for not working hard. This is the way things can be reversed by human beings. What today's martial arts dramas need to consider is not just the "martial arts flavor", but how to cater to the tastes of contemporary audiences. For example, is there any gimmick in the love triangle between Hu Fei, Yuan Ziyi and Cheng Lingsu? Is Miao Renfeng's image handsome enough (maybe this is why everyone else shaves their hair, so he prefers to have a unique hairstyle)? Even, how to cut a little hot short video for a TV series, can it be exchanged for a little more traffic when it is announced? In such a predicament, the "Flying Fox Story" family is not the only one. 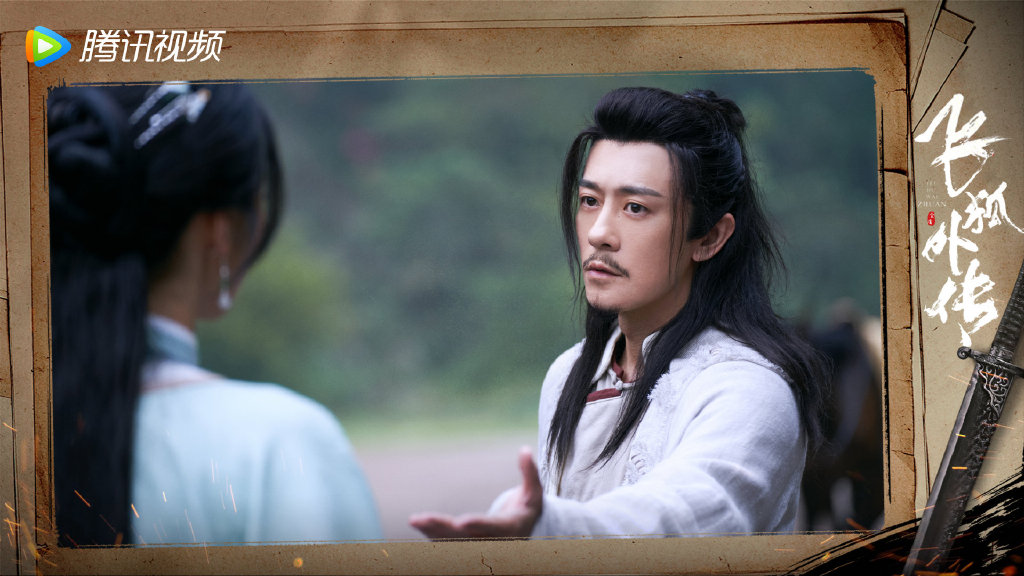 "Let youth blow your long hair, and let it lead your dreams. Before you know it, the history of this city has already remembered your smile"... Whenever the familiar melody floats from the screen, the thoughts will come It will unconsciously be stripped from the handsome guys and beauties on the screen, and gradually drift into the distance, dreaming back to the ice and snow in memory. Can we get back the long-lost "martial arts flavor"? I don't have an answer to this question either.